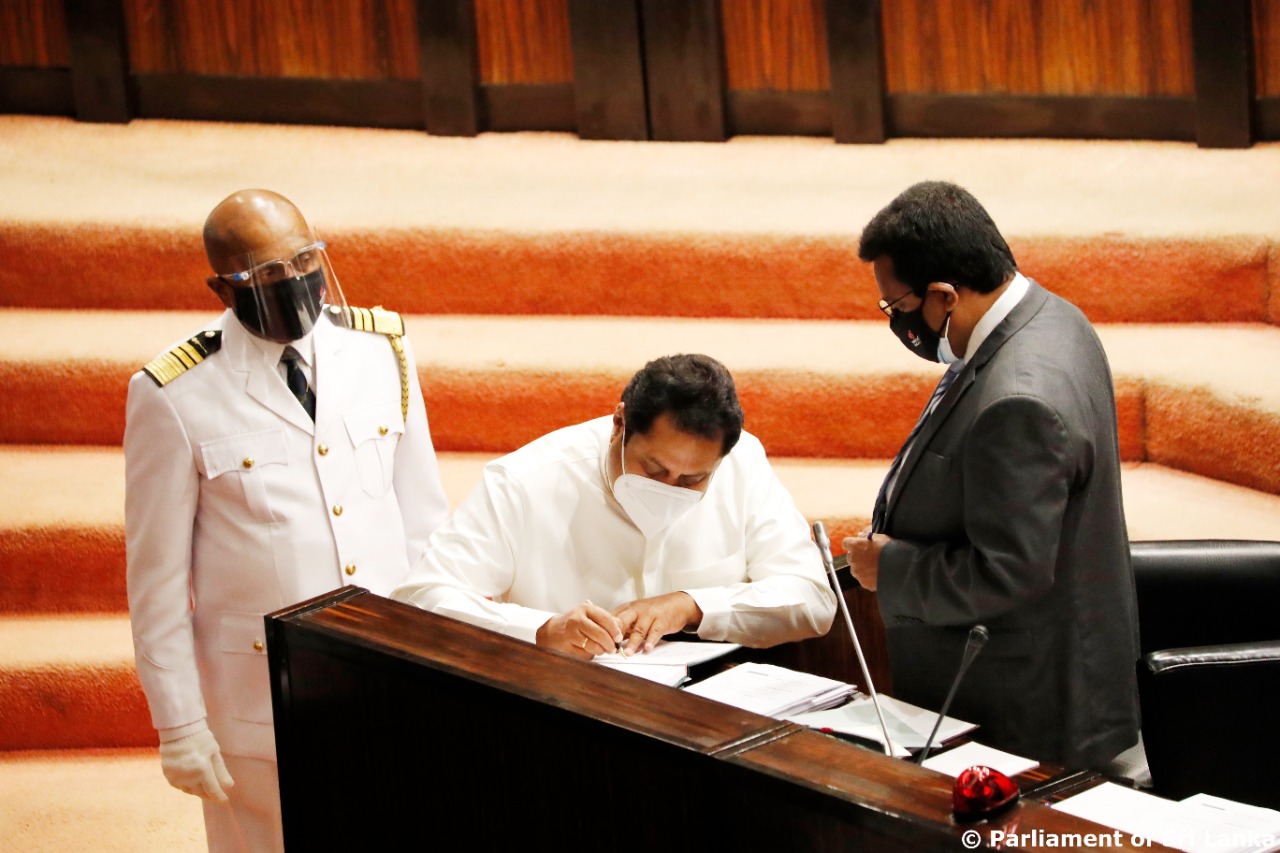 Jayantha Ketagoda, was sworn in as a Member of Parliament today (21) before Speaker Mahinda Yapa Abeywardena.

He then signed the member roll kept by the Secretary General of Parliament Dhammika Dasanayake.

Jayantha Ketagoda has been appointed to fill the vacant seat under the National List created given the resignation of Ajith Nivard Cabraal.

Ketagoda resigned from his position as a Member of Parliament in July paving way for the appointment of Basil Rajapaksa.

Jayantha Ketagoda, an alumnus of Lumbini College, Colombo, also holds a diploma in cinema and television from the University of the Visual and Performing Arts.

Representing the United National Party in 1991, he was appointed as the Leader of the Opposition in the Kaduwela Pradeshiya Sabha and also elected to the Western Provincial Council in 1999.

Elected to Parliament for the first time in 2000, Jayantha Ketagoda has been sworn in as a Member of Parliament on 5 consecutive occasions including today. (Colombo Gazette)