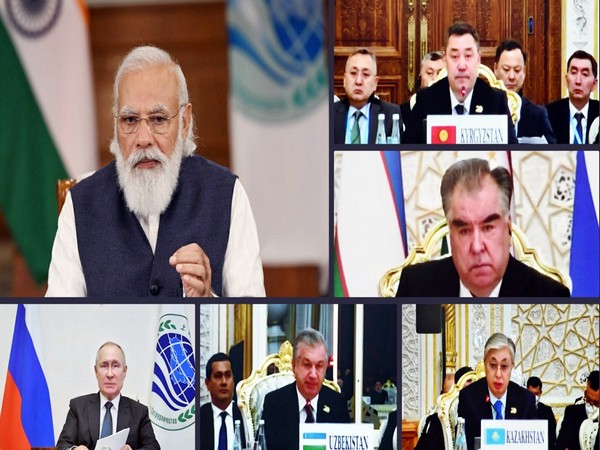 The SCO member states on Friday strongly condemned terrorism in all its forms and reaffirmed the need to step up joint efforts to prevent terrorism and its financing.

SCO member states adopted Dushanbe Declaration following the 21st Summit in Tajikistan.
“Member States strongly condemn terrorism in all its forms and manifestations. Member States reaffirm the need to step up joint efforts to prevent terrorism and its financing, including by implementing existing global standards on combating money-laundering and the financing of terrorism and by suppressing the spread of terrorist, separatist and extremist ideologies that feed it,” according to the Dushanbe Declaration adopted at SCO summit.

“They will step up their efforts to prevent the preparation and financing of acts of terrorism in their territories and deny terrorists safe havens, enhance cooperation to identify, prevent and suppress the activities of organizations and individuals involved in terrorism, separatism and extremism,” the declaration said.

In the Dushanbe Declaration, the SCO member “expressed their support for Afghanistan as an independent, neutral, united, democratic and peaceful state, free of terrorism, war and drugs.”
The member states believe that it is critical to have an “inclusive” government in Afghanistan, with representatives from all ethnic, religious and political groups of Afghan society, the declaration added.

On Tourism, the SCO member said they “stand for further promotion of the rich cultural and historical heritage of people and unlocking of tourist potential of cities and regions of the SCO countries, creation of additional mechanisms for the development of interaction in the sphere of culture and tourism, including through the introduction of the practice of announcement of a SCO tourism and cultural capital every year.”

Meanwhile, it is the first SCO Summit being held in a hybrid format and the fourth Summit that India has participated as a full-fledged member of SCO. The meeting is being chaired by Tajikistan’s President Emomali Rahmon.

The summit is being attended by the leaders of the SCO member states, observer states, secretary-general of the SCO, executive director of the SCO Regional Anti-Terrorist Structure (RATS), and other invited guests. (ANI)