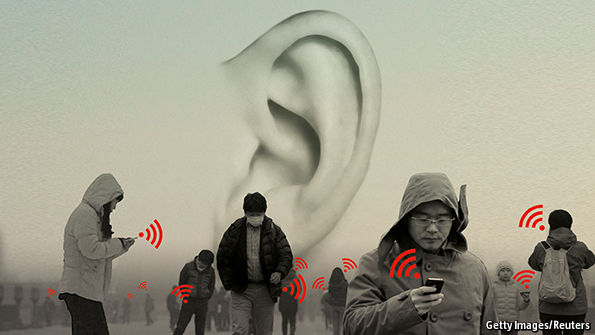 Digital technology already delivers many benefits. Its value for human rights and development is enormous. We can connect and communicate around the globe as never before. We can empower, inform and investigate. We can use encrypted communications, satellite imagery and data streams to directly defend and promote human rights. We can even use artificial intelligence to predict and prevent human rights violations.

On the other hand, the Internet of Things is interfering with domains that were previously private. As a result, the distinction between private and public spheres is blurring and the individual’s right to privacy is being threatened. Business Insider projects that there will be 34 billion devices connected to the internet by 2020. All of those devices have the ability to interact with and track our personal data, from smart phone location tracking to motion sensors with inbuilt video cameras filming your movements. Millions of us are giving away our private data without even realizing, despite many of us valuing privacy more than ever.  Experts estimate that by 2020, 85% of all customer interactions will be handled without a human agent, with support coming in the form of chatbots and self-service technologies. The OECD estimates that AI is currently exceeding human performance in a significant number of domains.

A lot of our attention is rightly focused on challenges to freedom of expression online and incitement to hatred and violence. Online harassment, trolling campaigns and intimidation have polluted parts of the internet and pose very real off-line threats, with a disproportionate impact on women. In the deadliest case, social media posts targeted the Rohingya community in Myanmar in the run-up to the mass killings and rapes in 2017. Human rights investigators found that Facebook – and its algorithmically driven news feed – had helped spread hate speech and incitement to violence.

But over-reaction by authorities to control speech and use of online space is also leads to critical human rights issues. Several countries are limiting what people can access curbing free speech and political activity, under the pretense of fighting hate speech and terrorism. Legitimate debates are forbidden by internet shutdowns. The NGO Access Now counted 196 shutdowns in 25 states in 2018, almost three times the number (75) recorded in 2016. Some States are deliberately tarnishing the reputations of human rights defenders and civil society groups by posting false information about them or orchestrating harassment campaigns. Others are using digital surveillance tools to track down and target rights defenders and other people perceived as critics.

Nearly every week, the international news media reports on the Chinese government’s troubling use of technology to spy on its own citizens and those of other countries. China’s tech giants, as reported by Foreign Policy late last year, work hand in glove with the country’s spy agencies. The Guardian suggested in December that a Chinese state-owned phone operator spies on American users.

Surveillance is a fact of life for Chinese citizens and, increasingly, for those who live in countries that have adopted Chinese surveillance technology, from Ecuador to Kyrgyzstan. Even more worrisome, this ecosystem of Chinese-based technologies carries with it a set of values that undergirds the Chinese state—a form of twenty-first-century authoritarianism that combines social control and efficiency.

In China, the practice of online censorship is enabled in part by the Great Firewall, which (with the aid of technical mechanisms and IP address restrictions) blocks access to foreign media, websites and messaging applications and amounts to a highly complex censorship apparatus. Another feature of Chinese censorship includes content removal practices, wherein online criticism of the government is systematically removed from digital media. In addition, a particularly aggressive form of censorship is accomplished via offline arrests and consequences for internet activism and criticism, with support from legislation and regulations that tighten restrictions on online media.

China’s domestic information tactics include propaganda the ability to control the tools, software, and infrastructure that comprise the digital media and communications ecosystem. Using these implements, the Chinese Communist Party can exert control by revoking access to information or revoking mobile and internet connectivity as punishment for activism. In addition, online manipulation floods the information space with paid commentary to drown out criticism.

Another element is mass surveillance, through which “China is creating a 360-degree view of its population,” according to Xiao Qiang, Editor-in-Chief of China Digital Times. China has not only developed a national ID system, but on top of that has collected extensive categories of personal data, ranging from biometrics (including DNA, voice samples, and facial identifiers) to health records and even relatively mundane personal information, such as citizens’ grocery store memberships. These elements combine to inform an elaborate Social Credit System, under which the government is able to leverage a coordinated administrative system to influence citizen behaviors through sanctions and public shame. The approach represents a new digital form of “totalitarianism that seeks to extend authority, through whatever means, over every aspect of people’s lives.

However, experts cautioned that while the government is exploiting technology in oppressive ways, it’s important to recognize that these practices are not symptomatic of Chinese culture or societal values. As one of the experts observed, “the government’s China dream is in fact the Chinese people’s nightmare.”

The Chinese companies Tencent, owner of WeChat, and ByteDance, which owns TikTok, play a significant role in facilitating and entrenching the Chinese government’s censorship, surveillance, and propaganda regime inside China. There is emerging evidence that they also have a debilitating influence on rights of people outside the country.

Despite constitutional provisions and its international commitments and obligations, China continued its unrelenting persecution of human rights defenders (HRDs) and activists. Throughout the year, they were systematically subjected to harassment, intimidation, enforced disappearance and arbitrary and incommunicado detention, as well as lengthy terms of imprisonment.

Many human rights lawyers were denied their right to freedom of movement, as well as to meet and represent defendants and have access to case materials. HRDs and activists were targeted and charged with broadly defined and vaguely worded offences such as “subverting state power”, “inciting subversion of state power” and “picking quarrels and provoking trouble”.

On 23 March, UN human rights experts expressed grave concerns for former human rights lawyer Ding Jiaxi and other HRDs whom they said had been subjected to enforced disappearance. On 19 June, after six months’ incommunicado detention, legal scholars Xu Zhiyong and Ding Jiaxi were formally arrested for “inciting subversion of state power” and placed under “residential surveillance at a designated location” without access to their family and lawyers of their choice. On 24 February, Hong Kong bookseller Gui Minhai was sentenced to 10 years’ imprisonment on charges of “illegally providing intelligence to foreign entities”. Anti-discrimination activists Cheng Yuan, Liu Yongze and Wu Gejianxiong were tried on the charge of “subversion of state power” after more than a year of incommunicado detention. The three men were arbitrarily detained solely for advocating for the rights of marginalized groups and at-risk people.

Australian writer and blogger Yang Hengjun, held incommunicado since 30 December 2019 and charged with espionage, was finally able to meet with an Australian consular representative and his lawyer on 31 August. Yang reportedly endured over 300 interrogations and continued to deny all allegations against him.

Five years after the unprecedented crackdown targeting human rights activists and lawyers known as the “709 crackdown”, many lawyers remained in prison or under strict surveillance. On 17 June, human rights lawyer Yu Wensheng was tried in secret and sentenced to four years’ imprisonment for allegedly “inciting subversion of state power” after being held incommunicado for 18 months. Yu was tortured in detention and his health deteriorated drastically, according to his lawyer. Human rights lawyer Jiang Tianyong, released in 2019 after serving a two-year sentence for “inciting subversion of state power”. Human rights lawyer Wang Quanzhang was released from prison on 4 April after more than four years’ imprisonment for “subverting state power” and reunited with his family in late April.