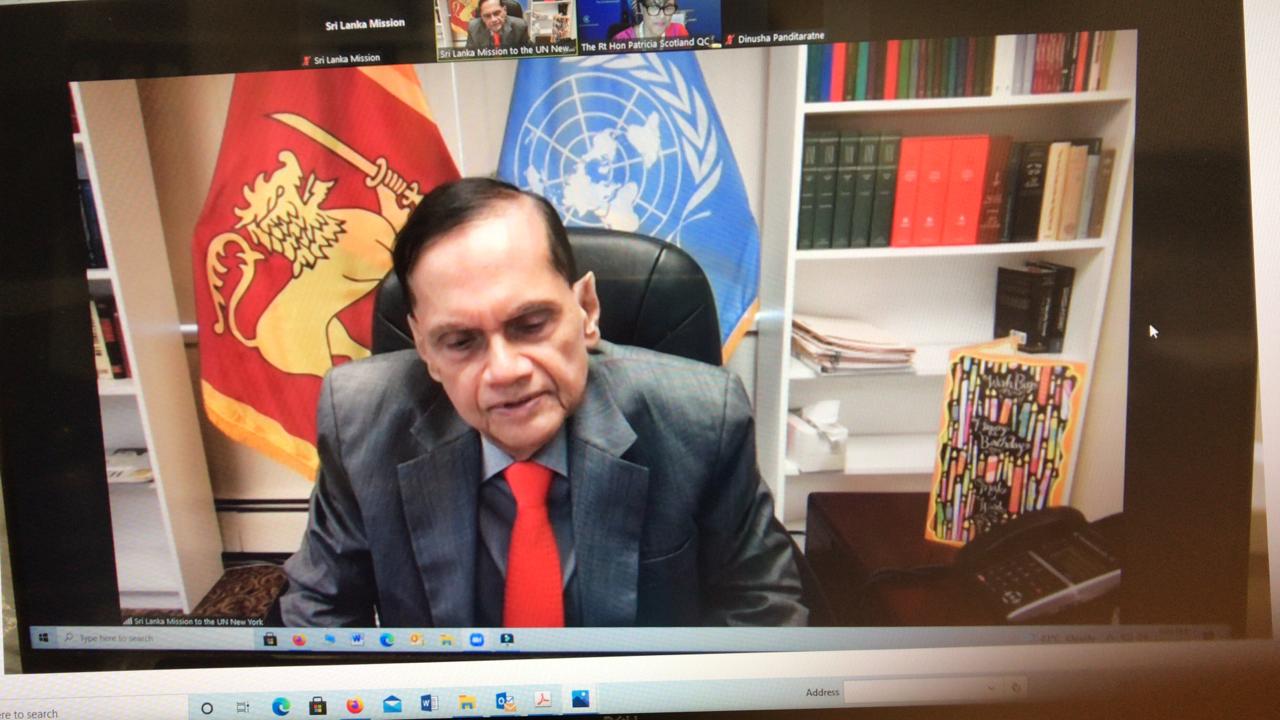 Sri Lanka reaffirmed its active commitment to dialogue and engagement with the Commonwealth, at a virtual meeting with Commonwealth Secretary-General Patricia Scotland in New York.

Sri Lankan Foreign Minister Prof. G.L. Peiris recalled that Sri Lanka as a founding member of the Commonwealth remains proactive and committed to the values, principles and objectives of the Organization.

Sri Lanka looks forward to further collaboration with the Commonwealth in a number of areas including commerce, education, vocational training and climate change.

The Minister stated that Sri Lanka has been successful in Mangrove restoration and has emerged as a Commonwealth Blue Charter leader. Sri Lanka recently initiated a “climate and green economy” focusing on food security centric agricultural production and renewable energy.

The Commonwealth is a celebration of diversity with all of its Member States enjoying a common objective, making it unique and exhilarating stated the Foreign Minister. All of its Members have the advantage of a common law background but have followed different avenues of development.

The Foreign Minister also briefed Secretary-General Scotland on the steps taken by local institutions in the country with respect to reconciliation. This is an on going process, and the country requires sufficient space for the local institutions to deliver on their mandates. The work done by these institutions cannot be replaced or taken over by external bodies.

He referenced the ad-hoc mechanism that the Office of the High Commissioner for Human Rights is trying to establish and stated that it is not acceptable to Sri Lanka and not in line with the spirit and letters of the UN Charter.