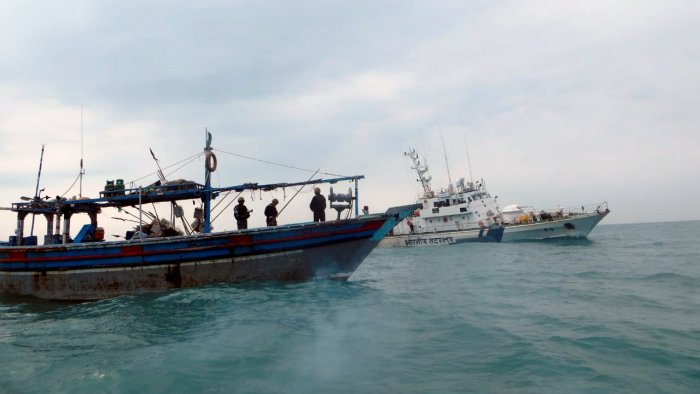 An Iranian boat with a huge consignment of heroin heading towards Sri Lanka has been seized in Gujarat, Indian officials said today.

The Times of India reported that the Gujarat Anti-Terrorism Squad (ATS) had got information that the boat had left from a port in Iran and was supposed to go towards Sri Lanka.

“The boat could not venture into the waters of Sri Lanka for some unknown reasons and it went towards Indian waters after which it was monitored and apprehended by ATS and ICG personnel,” Times of India quoted an ATS officer as saying.

Outlook India reported that the contraband estimated between 30 to 50 kg was confiscated from the boat which was seized during the operation carried out on Saturday night.

“On an intelligence based joint act, @IndianCoastGuard with ATS #Gujarat apprehended #Iranian boat in #Indian waters with 07 crew carrying #drugs. The boat is brought to the nearest port for further rummaging and investigations,” a defence PRO of Gujarat said on their official Twitter handle.

The exact amount of the drug present in the vessel will be known after its rummaging. (Colombo Gazette)