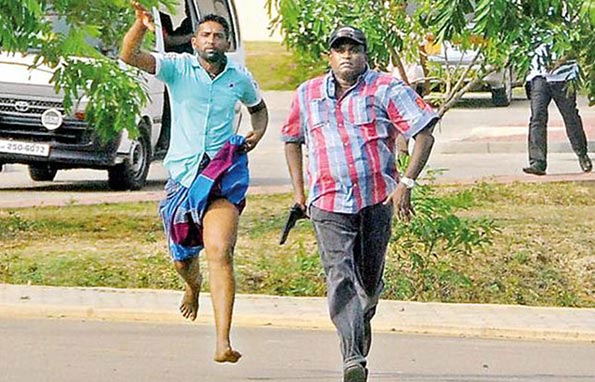 He was arrested by the Bambalapitiya Police after being accused of entering private property in Bambalapitiya and assaulting two security officers.

The Mayor was later released on Police bail.

Fernando had been sentenced to jail in 2019 for threatening a group of United National Party (UNP) MPs.

The mayor brandished a pistol at a group of MPs when they visited the Mattala International Airport in 2014 on a fact-finding mission.

Eraj Fernando later claimed that it had been a toy pistol. (Colombo Gazette)