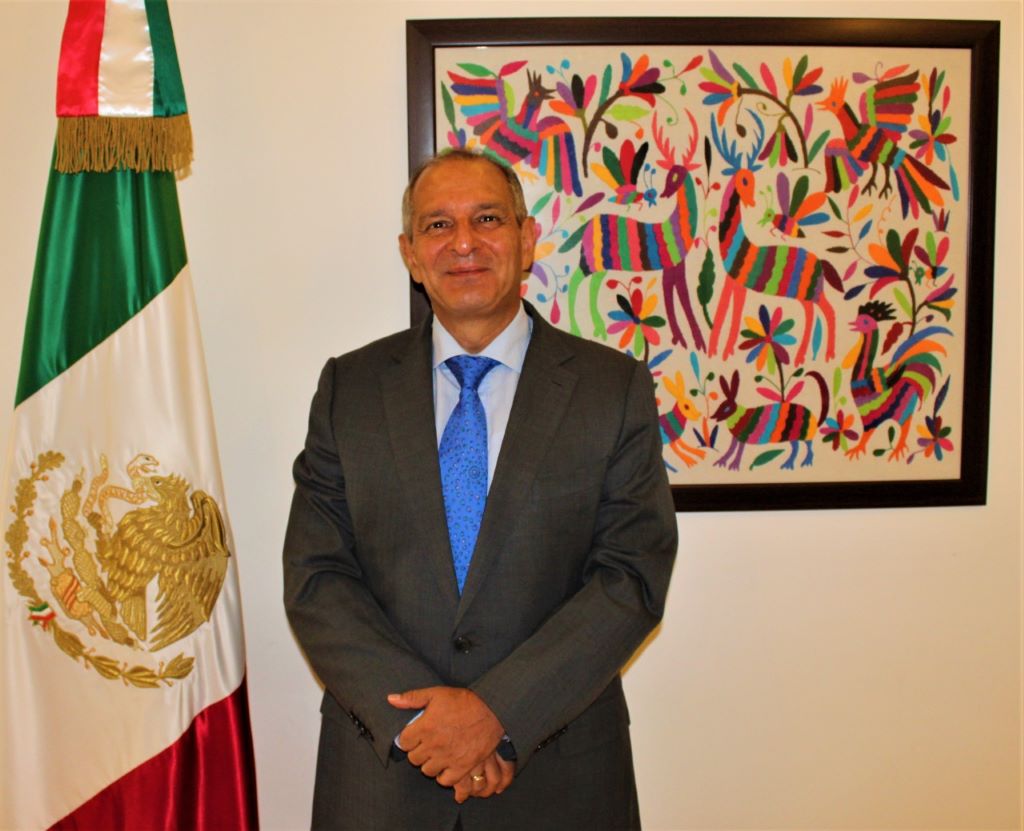 At 11 p.m. just before the dawn of September 16th – Mexican Independence Day – the Mexican president re-enacts El Grito, “The Cry of Dolores”, a rallying call for independence against Spanish colonizers, by ringing the same bell as revolutionary figure Miguel Hidalgo y Costilla did back in 1810.

It is the start of world-wide ceremonies held to honour the historic occasion, by bringing together Mexican citizens and well-wishers – in spirit if not physically. Still, the uncertain times faced today are an even stronger reminder of the need for solidarity.

Addressing the Mexican Independence Commemoration 2021, Ambassador of Mexico, His Excellency Federico Salas, marked the extra special significance of this year’s celebration, stating “Mexican Independence Day on September 16th is the biggest celebration, and the most important reminder of the country’s separation from colonial rule – and the year 2021 brings with it three historical commemorations that have defined the country´s identity.”

“Exactly 7 centuries ago, the Aztec Empire capital city, Mexico-Tenochtitlan was founded – commemorating the Aztec’s arrival to what is now Mexico City, and is related to the national coat of arms in Mexico’s flag – a reminder of the country’s proud indigenous heritage.

“Secondly, we honour 5 centuries of the Indigenous Resistance and the foundation of Mexico City. This event marked both the encounter of two civilisations, and the beginning of 500 years of Indigenous Peoples’ resistance and defense for their traditions. These people continue to be a source of richness and diversity to the Mexican Culture.

“Thirdly, we celebrate 2 centuries of independent Mexico. In 1821, after 11 years of war, Mexico finally became an independent nation, starting a century-long process towards the creation of a multicultural and inclusive democracy. Therefore, on Mexico’s National Day, we invite both our citizens and friends in Sri Lanka, to join us in these commemorations.

“Our countries are not only home to ancient and magnificent heritages, but also extraordinary and unforgettable landscapes. Our nations have historical parallels that were overcome, forging our identities and uniqueness. Our peoples developed native languages, and at the same time inherited diverse cultural expressions that are part of our modern foundation.

“We know that we are living in uncertain times, but the friendship and strength between our nations will help us achieve a rapid economic recovery, reshape the tourism industry, and bring prosperity and peace to our regions,” H.E. Federico Salas said in his message.

Honorary Consul of Mexico in Sri Lanka, Mohan Pandithage said, “Sri Lanka has always had a strong cultural affinity with Mexico, be it in our diverse and colourful cuisine, joyful music, or our rich heritage of art and culture.

“The three historical commemorations celebrated by the Mexican people remind us of the spirit of unity and inclusivity, shared by all of humanity – a spirit that has forged a legacy for future generations of both Mexico and Sri Lanka. I would like to take the opportunity to wish the Mexican people a Happy Independence Day, and I am confident that in these challenging times, the spirit we share will hold us strong, keep us together and help us renew strength and solidarity to continue our proud legacies.”