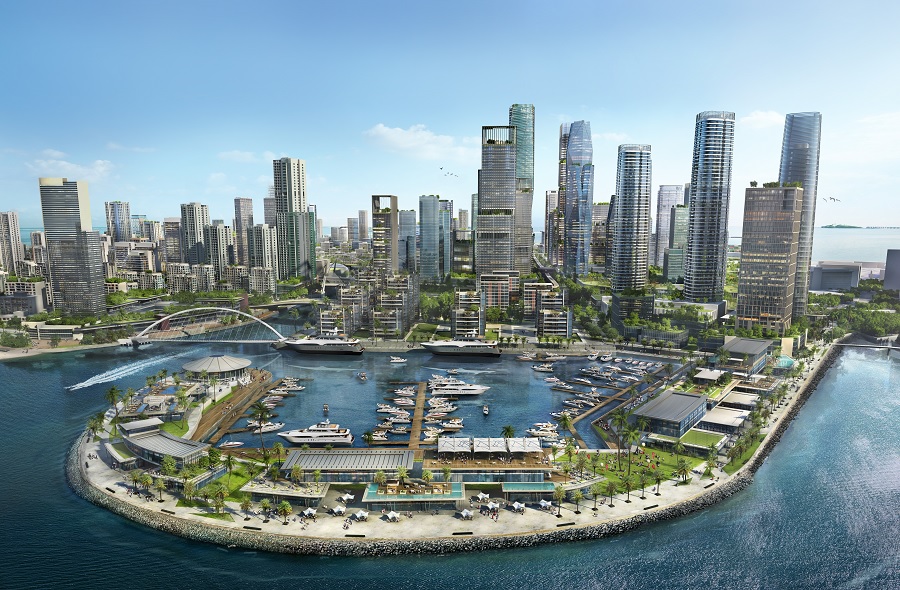 Port City Colombo, the largest and most ambitious development project ever undertaken in Sri Lanka, proudly marks its 7th anniversary since the initial land reclamation work commenced in 2014.

During this period, the project has committed USD 1.4 billion of foreign direct investment to Sri Lanka for initial reclamation and internal infrastructure development. The project is expected to attract USD 15 billion in the 25 years of its development phase.

Last year, China Harbour Engineering Company (CHEC) and Browns Investments PLC announced their joint venture of the first vertical development at Port City Colombo – the Colombo International Financial Center (CIFC). CHEC, as the leading partner, recently entered into a Cooperation Term Sheet to begin development work on the CIFC Mixed Development Project. This will be the first of many landmark development projects planned for Port City Colombo. China Harbour Engineering Company and its partners will further enter into an investment agreement with the Government of Sri Lanka shortly with the aim of commencing development work before the end of 2021.

The passing of Port City Economic Commission Act in Parliament and the appointment of the Commission is a significant milestone for Port City as it marks seven years of existence. Over the past seven years, Port City has undertaken an unprecedented transformation of the very topography of Colombo. In the years to come, Port City Colombo looks forward to leading the transformation of the face of the city, helping Colombo take its place among the great cities of the world. Further, Port City awaits for Covid restrictions to relax to open the Marina and beach areas to the public upon government approval.

Port City Colombo is a brand-new city development built as an extension of the existing Colombo CBD, with an initial investment of USD 1.4 billion and an expected USD 15 billion overall investment when completed. Port City Colombo’s entire reclaimed land of 269 hectares is owned by the Government of Sri Lanka (GoSL). Ninety one hectares of land is dedicated for common amenities such as parks, green shaded roads etc. while 178 Ha are slated for state-of-the-art developments constituting A Grade office, retail destinations, unique residential developments, medical facilities, educational facilities, an integrated resort, a luxury marina, hotels and other lifestyle developments.