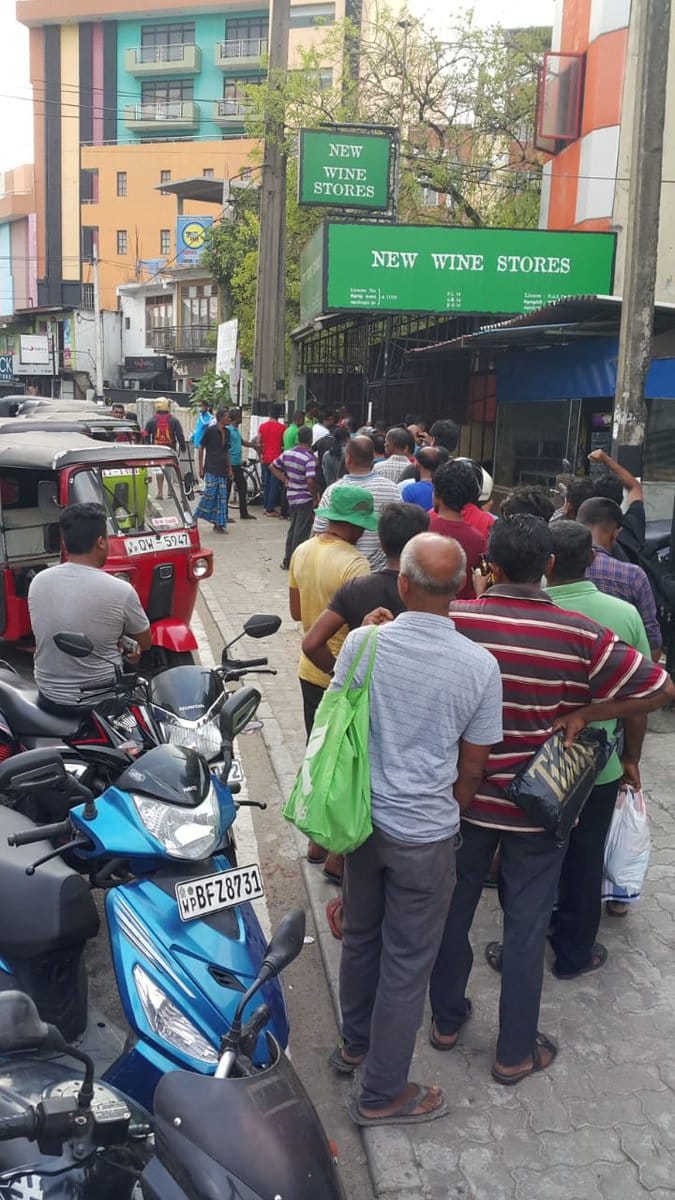 There was chaos around the country this evening as people rushed to purchase liquor after wine stores opened before a formal decision was taken.

Commissioner General of Excise M.J. Gunasiri told Colombo Gazette that formal approval had not been given to open wine stores.

However, sources at the Excise Department said that discussions had taken place between the Finance Ministry and the officials of the Department on the matter.

One source said that the Finance Ministry had given unofficial approval to reopen wine stores and this had been communicated to some media even before a formal decision was taken.

The informal announcement led to people rushing to wine stores to grab bottles and cans before the doors are shut.

Police were also seen standing outside some wine stores, assuming that formal approval had been given. (Colombo Gazette)