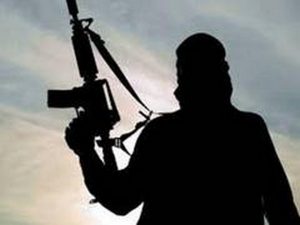 Kabul [Afghanistan], September 7 (ANI): The Islamic State-Khorasan (IS-K) and al-Qaeda will try to use Afghan refugees’ flow to sneak their members into the US and European countries, security experts have warned.

Dr David Lowe, a senior research fellow at Leeds Beckett University Law School and head of a consultancy business in terrorism and security, said: “It is to be expected that al-Qaeda or Daesh-based Afghanistan would have tried and have some of their members obtained access onto the flights leaving Afghanistan to Europe and the counter-terrorism authorities will be aware of this.”

Experts have said that the US and Europe have implemented a filter system from checks at Kabul Airport prior to boarding aircraft to the interim checks. The system gives officials time to check the flight lists and background checks at individuals’ destination countries, reported Sputnik.

David Otto, counter-terrorism and defense specialist and director of the Geneva Centre for Africa Security and Strategic Studies, has said that these checks have limitations too.

According to Sputnik, he said: “[One] can only rely on documents and previous records.

With the collapse of the Afghanistan government, there have been concerns about people faking documents to make it through.

This is one of the reasons the US has taken steps to process individuals from third-party countries to control the risk. Despite these measures, groups like ISIS-K and al-Qaeda will encourage its sympathizers to beat the system”.

Otto has also underlined that the West and Europe are at severe risk of terrorist attacks from people who have sneaked themselves into the country posing as affiliated to the US or any other country.

Recently, Germany has ordered background checks for nearly 200 of the 30,000 Afghan refugees who were processed at the country’s Ramstein Air Base.

Officials had marked them ‘red’, according to the chairman of the Joint Chief of Staff General Mark Milley.

On Sunday, while speaking to Fox News, General Mark Milley said, “if the evacuee has some sort of derogatory information, it will pop up as red or yellow”.

However, he also expressed his satisfaction with the vetting process. (ANI)