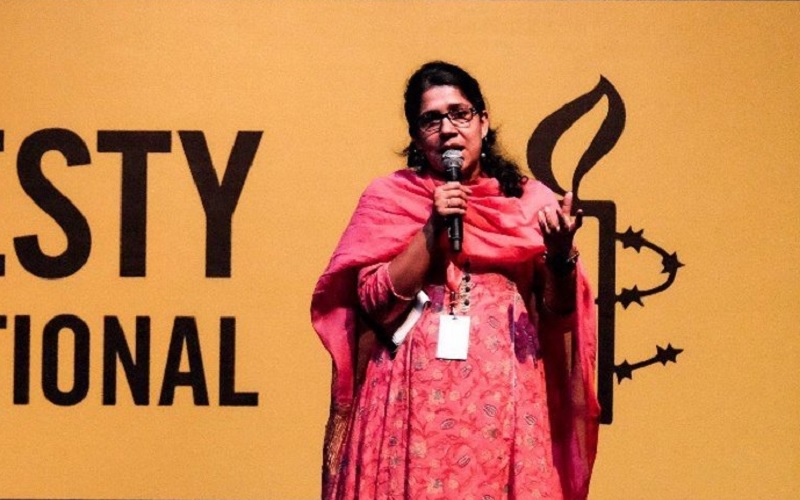 Amnesty International has demanded accountability over the actions of former State Minister for Prison Management and Prisoners Rehabilitation, Lohan Ratwatte.

Lohan Ratwatte forcibly entered a state prison in Anuradhapura on 12 September and held Tamil prison inmates incarcerated under the Prevention of Terrorism Act (PTA) at gunpoint and threatened to kill them.

“These dumbfounding reports go to show that our ongoing concerns regarding Sri Lanka’s treatment of prisoners, especially the authorities’ torture and other inhumane and degrading treatment of PTA detainees are all too valid. They also demonstrate the level of impunity for criminal behaviour that is indulged at the highest levels of government. There must be a prompt, impartial and effective inquiry and the Minister must be held to account for his actions,” Yamini Mishra, Amnesty International’s Asia-Pacific Director said.

“Lohan Ratwatte’s alleged conduct further undermines the government’s piecemeal efforts made to address the conditions of PTA prisoners, which is labelled as reconciliation,” Mishra said.

Amnesty International noted that the Foreign Minister also rejected the mechanism being set up to collect and preserve evidence for future accountability processes for gross human rights violations in Sri Lanka, saying that domestic processes are “vigorously addressing the relevant matters.”

Mishra said that unless Lohan Ratwatte is held to account for his criminal actions, these words will be hard to take seriously.

State Minister Lohan Ratwatte also forcibly entered the Welikada Prison premises over the weekend accompanied by a group of others and under the influence of liquor and verbally abused prison staff.

Lohan Ratwatte was charged for the 2001 murder of 10 Muslim youths in Udathalawinna. Along with his father, a former deputy Defence Minister, Lohan Ratwatte was acquitted of all charges by the Colombo High Court in 2006. Five security forces personnel-security guards of the family were convicted and sentenced to death.