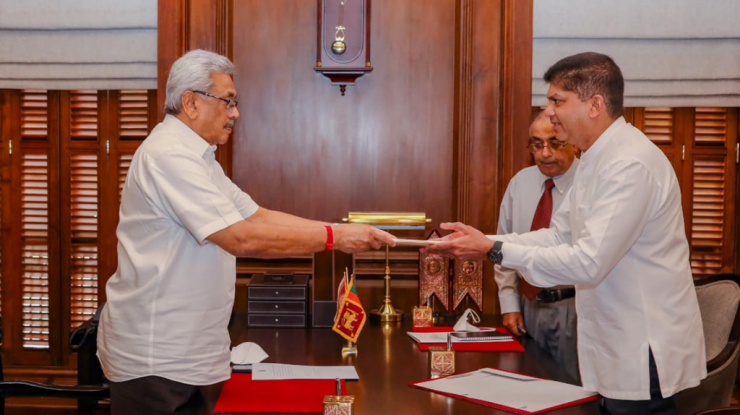 State Minister for Prison Management Lohan Ratwatte has resigned from his post after it was alleged that he had threatened to kill two inmates at the Anuradhapura prison.

Ratwatte handed over his letter of resignation from the post of Prison Management and Prisoners Rehabilitation to President Gotabaya Rajapaksa.

The TNPF said that on the evening of the 12th of September the State Minister had gone to the Anuradhapura prisons, summoned Tamil political prisoners and had got two of them to kneel in front of him.

The State Minister had then allegedly pointed his personal firearm at them and had threatened to kill them on the spot. (Colombo Gazette) 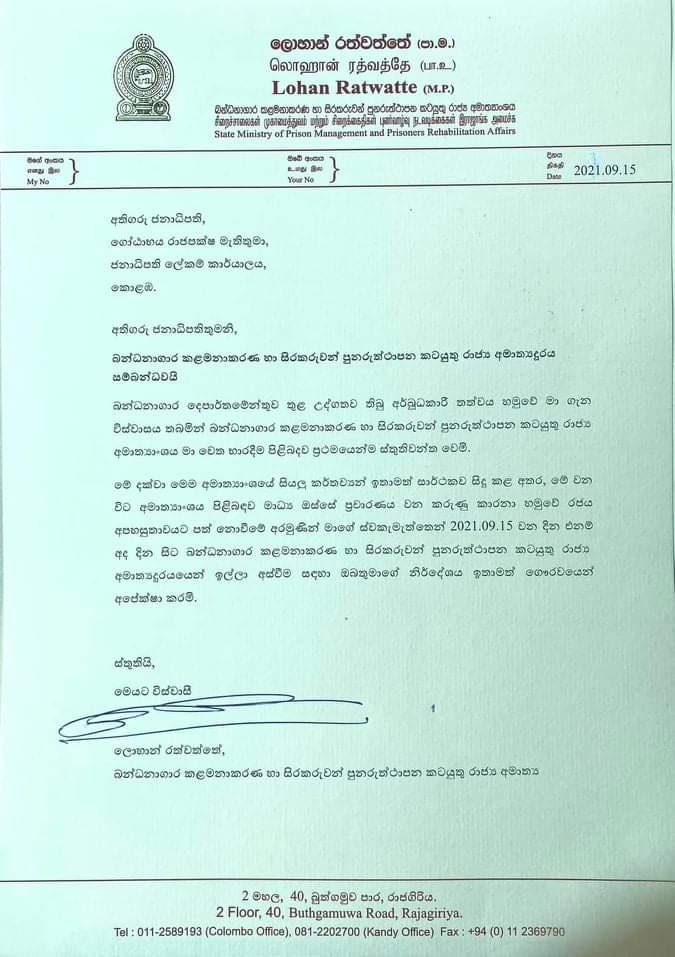