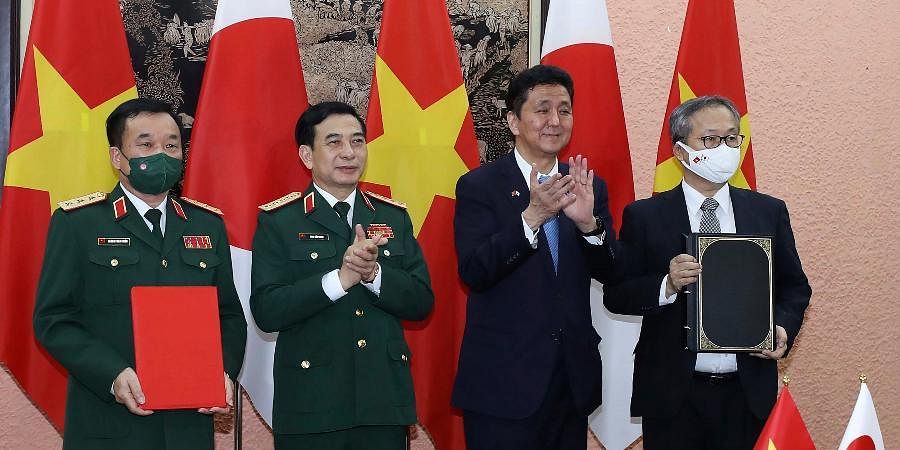 Amid rising Chinese aggressiveness in the Indo-Pacific region, Japan and Vietnam signed a deal on Saturday enabling the export of Japanese-made defence equipment and technology to the Southeast Asian country.

Japan will speed up talks with Vietnam to sell Self-Defense Forces’ vessels, Kishi said in an online press conference, following a meeting with his Vietnamese counterpart Phan Van Giang.

Vietnam, as one of the key members of the Association of Southeast Asian Nations, is the 11th country to sign such an agreement with Japan, at a time when China is asserting its claims in parts of the East and South China seas.

A ministry official said the accord comes as “Vietnam is diversifying its sources of defense equipment.”

The accord will “strengthen Japan’s defense industrial base and is expected to contribute to the country’s security,” Kishi said.

Vietnam has territorial disputes with China over the Spratly and Paracel island groups in the South China Sea, with Beijing accused of militarizing the outposts it has built.

During the meeting, Kishi told Giang he wants to send a message to the international community to express his strong opposition to “any unilateral attempts to change the status quo,” as Beijing lays claim to the Japanese-administered Senkaku Islands in the East China Sea.

The Indo-Pacific region is largely viewed as an area comprising the Indian Ocean and the western and central Pacific Ocean, including the South China Sea.

While Beijing claims sovereignty over almost the entire South China Sea and has overlapping territorial claims with Brunei, Malaysia, the Philippines, Vietnam and Taiwan.

China’s territorial claims in the South China Sea and its efforts to advance into the Indian Ocean are seen to have challenged the established rules-based system.

China has also announced that it will hold a five-day military exercise from Friday in the South China Sea as tensions escalate in the region.

The exercise, which will include setting up a vast navigation restriction zone, comes as the US and other countries in the region are building pressure on Beijing by holding large-scale military drills. (ANI)