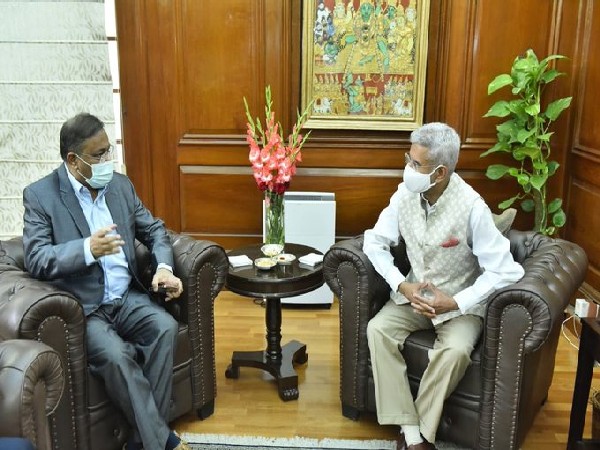 “Glad to meet Bangladesh Information and Broadcasting Minister, Hasan Mahmud. Our bilateral cooperation is progressing steadily across all domains. Discussed media and public perceptions in that regard,” tweeted Jaishankar.

Earlier, Mahmud also met his Indian counterpart Anurag Thakur and discussed a range of issues, including people to people exchanges, International Film Festival of India and bilateral films production amongst others.

“A pleasure meeting H.E Dr Hasan Mahmud Information & Broadcasting Minister of Bangladesh. We discussed a range of issues, including people to people exchanges, the International Film Festival of India (IFFI), bilateral films production amongst others. We enjoy strong and historic ties; this will be further strengthened,” tweeted Thakur.

India and Bangladesh will also in March 2022 release a biopic on Bangabandhu Sheikh Mujibur Rahman to commemorate Bangladesh’s 50th year of Liberation and India’s 75th year of independence.

Mahmud who is on a visit to India from September 5-8, on Monday inaugurated the Bangabandhu Media Centre at the Press Club of India in New Delhi.

He said bilateral relations between both countries have touched new heights under the leadership of Prime Minister Narendra Modi and Prime Minister Sheikh Hasina. (ANI)