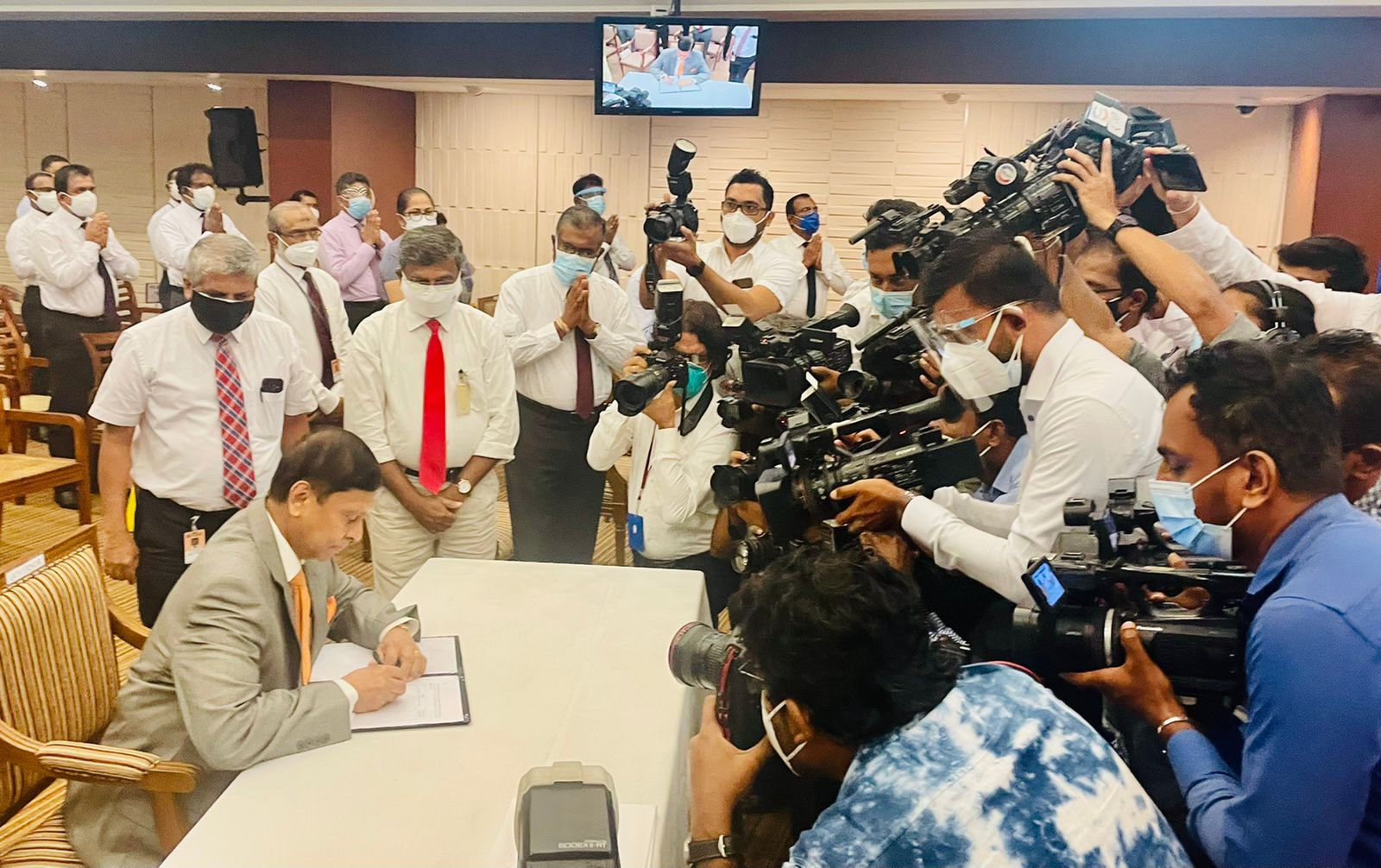 President Gotabaya Rajapaksa had appointed Cabraal to the post with effect from today.

Cabraal is a Chartered Accountant by profession. Prior to this appointment, Cabraal also served as a Ministry Secretary as well as the Governor of the Central Bank for nearly nine years.

He resigned from his seat in Parliament this week to be appointed as the Governor of the Central Bank of Sri Lanka.

Cabraal took over from Professor W. D. Lakshman who had said last week that he has decided to advance his retirement owing to certain incidents.

The former Governor said that his intention was to retire next month.

However, speaking at an online media briefing, Lakshman said that he had decided to retire this week, 6 weeks in advance. (Colombo Gazette)