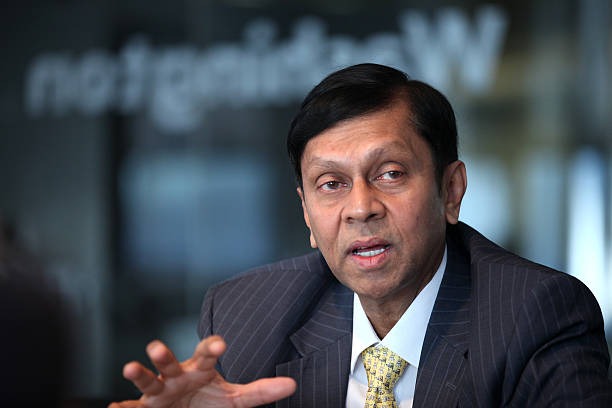 It began at the top, unlike elsewhere. Basil Rajapaksa replaced Prime Minister Mahinda Rajapaksa at the Finance Ministry. That was because the economy was already making headlines and for the wrong reasons. Not long after followed Media Minister Keheliya Rambukwela taking the place of Pavithra Wanniarachchi at the Health Ministry. The unintended irony was striking — as if Covid management was a media event that only needs to be ‘managed’ better.

Now, Central Bank (CB) Governor Welgamage Don Lakshman has put in his papers, purportedly citing age as an issue – as if it was not one when he accepted the job less than two years back when President Gotabaya Rajapaksa took over. According to media reports that job is going to Ajith Nivard Cabraal, who was the nation’s banker and moneyman through much of Mahinda Rajapaksa’s two-term Presidency (2005-2015).

Cabraal is at present junior minister in charge of, yes, Money and Capital Markets, among others. If memory serves one right, Plan Implementation which was also under his care went to another of the Rajapaksas, the young Namal, during the recent Cabinet reshuffle that cost Pavithra the Health Ministry. One need to conclude that the current job-change is a promotion for Cabraal.

If nothing else, he knows how to administer the Central Bank from past experience. If that is enough to tame the run-away dollar and boost forex reserves as if he carries with him a magic-wand to fill the room will be known only in the coming days and weeks. Unfortunately, Cabraal does not have months and years this time to do it. Either he succeeds in his job in the first weeks or the runaway horse would carry him away wherever it goes, running downhill at break-neck speed.

The saddest part is that when the animal is on the steep downhill, it is not in charge. No one is in charge, and it is on auto-speed with only an accelerator and no brakes to press. The more the rider whips the horse, the madder it becomes. It would not care if the rider was still atop of it. It would not require a rider either to direct it. Instead, a rider is an extra-weight to bear as the animal runs downhill.

The truth is that men don’t matter in the management of the nation’s just economy. Money alone matters. The current crisis in forex reserves can be tackled only through fresh infusion of dollars, whichever way policy-makers rake their brains. The political masters can at best buy time for repaying the annual debt dues that is around $ 3.7-b. That is if debtor-nations and institutions agree.

It is not going to be easy. The government’s ego and the nation’s pride has thus far ensured that they do not approach the creditors for reworking the credit terms. Not after the previous regime had began pledging a part of the Hambantota territory in lieu of debt-repayment. Who knows, as they said then the current crisis may have befallen the nation earlier than at present.

But then the Sirisena-Wickremesinghe government did not do anything beyond the deb-equity swap-deal with China to settle the nation’s economic ills, even if partially. They did not have time for either economic administration and political administration. When they were not fighting among themselves, they were signing more credit agreements with China, or at least one of them was looting, yes, the Central Bank.

Recall the way how accused governor Arjuna Mahendran continues to thumb his nose at the nation’s investigators (who are supposed to be serious at the job), and you will get a reminder of how the nation’s economic affairs and monetary policy were being run. Maybe, they are not able to rein in the economic crisis in forex downslide for all right reasons, but the Rajapaksas have not been able to even bring Arjuna Mahendran to book in nearly two years, speaks volumes, still.

By default, when UNP’s JRJ introduced market economy in full swing in the late seventies, there evolved some kind of a political consensus at the top. It gave the policy some amount of continuity. Rather, there was only continuity in core areas that concerned runaway imports even of elementary food articles whose domestic production only required to be increased through planned expansion of area under irrigation and farming.

Where the SLFP socialists differed this time was to add on socialist elements to what essentially remained an UNP policy. Their adding jobs and subsidies without second thought bloated the economy further, but not the government revenues and not certainly forex reserves. Between the late seventies and now, the dollar price has shot up from around LKR 17 to LKR 205. It amounts to 1100 per cent increase over 40 years.

For a new future

Today, the economy and monetary policy requires total overhaul. Even as the incumbent government seeks to tackle the multiple crises of their time in whatever way possible, the nation should commence with a new policy team, with experts and political class alike – cutting across party lines.

This team should plan for the future. Of course, they have to begin with working a way out of the present crisis – how to redistribute the present debts through a period, and how to raise the nation’s stocks in the international money market, for all creditors to re-evaluate their low assessment of Sri Lanka’s repayment capability.

Credibility is the only credit-worthiness of the nation just now. Or, you should parcel off more of Hambantotas, to silence creditors now and borrow even more from them. Rather, borrowing to pay interests, and not even repay old loans is the present-day reality. That has to continue if life has to go on, in whatever form.

The UNP rulers from the past forgot that economic liberalism is not about importing fruits and dairy products and thus killing local industry. It was/is about attracting foreign investments, but not of the China way. It has to create local jobs in their thousands and millions, provide increased family incomes and government revenues at the same time.

Now that the old political order has changeth in a way, and the SLPP and the SJB have taken the place of the SLFP and parent UNP, their leaderships should make an open commitment not to use economic subsidies and freebies as a way of the nation’s fiscal life at least for a determinable period – say, 10 or 20 years, or more. Likewise, taxing the rich less, to protect political interests should also go away.

At the core of a democracy and at the bottom of the economic pyramid in the silent majority, whose interests should be served, if the nation has to remain.

Today, forex reserves can improve, though not the required levels of expenditure, if and only if the post-Covid tourism-spend increases elsewhere by leaps and bounds. It can improve also when and only when Sri Lankan jobs in the Gulf and Europe are restored and their numbers also shoot up through the sky.

Likewise, fresh investments can be expected, no not from MNCs who want to open shop in the country. Given the common, post-Covid economic ills of nations and regions, countries and regions and conglomerates like ASEAN will be competing with one another to attract foreign investors with more concessions than the rest. Sri Lanka’s credit-rating, credibility and China policy do not enthuse many. At least they do not have the time and inclination to sort them out.

The best Sri Lankan bet for investments are Sri Lankans spread across the world, with investible dollars. There are many, but most of them belong to the Tamil ethnicity. Neither Sinhala, nor Tamil, nor Muslim Sri Lankan Diaspora members are going to put their money where better investors cannot hope for better and early returns.

Appealing to them in the name of the nation and nationalism is the one way out – or, the only way out in the short and medium terms. But from among the Diaspora Tamils who may be more willing to put in their money where their heart too is will require a political solution to the ethnic issue.

Yes, the government cannot offer such a solution to the satisfaction of Diaspora Tamils, but then it should still attempt to resolve the issue to part-satisfaction of those still living here, back home. That would still be only a good beginning, but a good beginning still. It will be more so, considering that it’s no more domestic politics alone, but also involves domestic economy and foreign reserves, all at the same time!

At the end of it all, the nation, rather its economy, is at cross-roads all over again. As former Speaker Karu Jayasuriya, heading the National Movement for Social Justice (NMSJ), the ball is in the President’s court, and it is for incumbent Gotabaya to convert the current challenge(s) into an opportunity or multiple opportunities, and start afresh, taking the multiple Opposition and also the civil society (not stopping with NGOs) into confidence – and also win over their confidence, in turn!

Putting the blame-ball back in other people’s courts will not serve, either the nation or himself. As the strategist who won the LTTE war for the nation, he now needs to wear the thinking cap in a different way. Or, he has wear a different cap for the occasion, and begin by acknowledging what he does not know and need not know, like his timing for organic farming, which has since proved to be counter-productive!