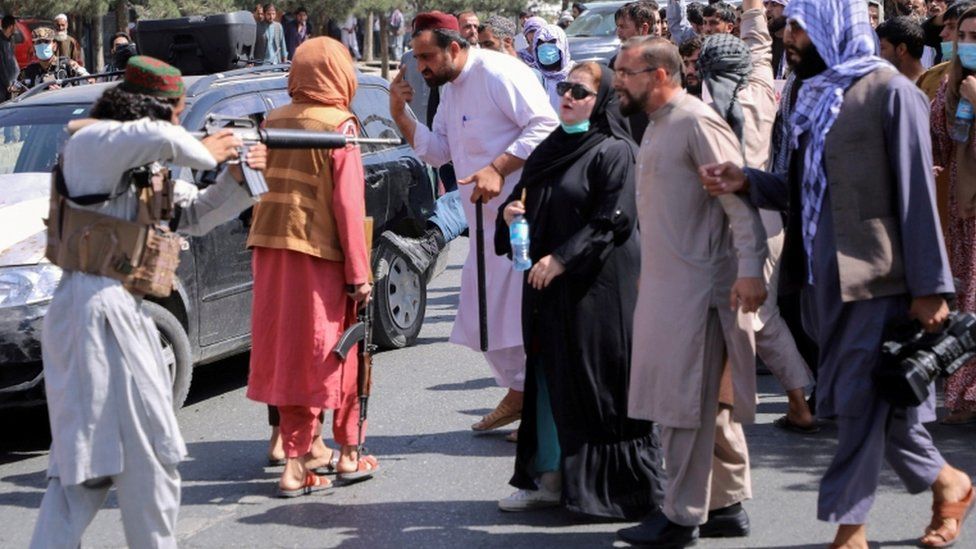 The UN has condemned the Taliban for what its “increasingly violent response” to dissent, weeks after the group’s rapid takeover of Afghanistan.

Demonstrations have taken place across Afghanistan since the fall of Kabul on 15 August, demanding respect for women’s rights and greater freedoms.

Taliban fighters have used batons, whips, and live ammunition against protesters, the UN said in its report.

“We call on the Taliban to immediately cease the use of force towards, and the arbitrary detention of, those exercising their right to peaceful assembly and the journalists covering the protests,” a spokeswoman for the UN High Commissioner for Human Rights said in a press statement.

Taliban fighters swept across Afghanistan in August, capturing provincial centres and eventually the capital Kabul itself in less than two weeks.

The US then led an airlift from the capital’s international airport, evacuating more than 120,000 people before pulling out its own forces on 31 August.

The Taliban takeover follows two decades of US military operations in Afghanistan, after American and allied forces ousted the group from power in 2001 following the 9/11 attacks.

The US will mark the 20th anniversary of those attacks on Saturday.

UN spokeswoman Ravina Shamdasani criticised the Taliban’s crackdown on demonstrations in a press briefing on Friday.

Demonstrations have grown since 15 August, she said. But on Wednesday the Taliban banned unauthorised gatherings, and on Thursday they ordered telecommunications companies to shut off mobile internet in Kabul.

It is crucial the group listen to Afghan women and men on the streets “during this time of great uncertainty”, she said.

The press statement also noted the deaths of at least four people – including a boy – and the violent dispersal of demonstrators in recent weeks.

It also criticised violence against journalists. Reporters told the BBC this week they had been beaten, detained and flogged by the Taliban when they tried to cover the protests. (Courtesy BBC)