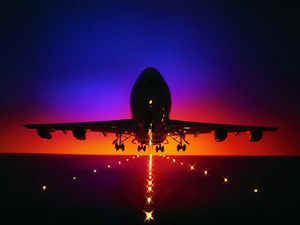 The impact on competition from the Gulf airlines has been a key concern for Indian carriers but as the market is expected to be very large by the financial year 2030, it can accommodate Indian as well as Middle Eastern carriers without strategic conflicts, CAPA Advisory said on Thursday. In a post-webinar presentation, CAPA Advisory projected that by 2029-30 India’s international traffic is estimated to increase by 50-60 million annual passengers from pre-COVID levels to reach 115-125 million.

Hosted by CAPA, the webinar was on ‘India-Middle East Aviation Dialogue: A Win-Win Outcome is Feasible and Likely’.

It said more than 30 per cent of the country’s international origin destination traffic is on long- and ultra-long haul routes. The domestic carriers are expected to add just around 70 wide-body planes by FY30, which is likely to address only half of the incremental long-haul demand, it added.

“However, the market will be very large and can accommodate Indian and Middle Eastern carriers without strategic conflicts. In fact, Indian carriers alone will not be able to meet projected demand. Such a scenario would constrain economic outcomes,” CAPA said in the presentation.

It expects the air passenger traffic to double again by 2039-40 to around 240 million passengers and continue to grow.

There are reasons to be bullish about the prospects for Indian carriers to expand and compete more aggressively on international routes, for example Air India privatization, large fleet of long haul narrow-bodies, and possible revival of Jet.

But, supply will still remain short of demand, even based on conservative estimates, it added.

Given the positive and strengthening outlook for Indian carriers, “we believe that win-win co-existence is feasible and likely. But, Middle Eastern markets must recognize that they will have to clearly spell out and tangibly demonstrate the benefits that they can bring to India’s economy and tourism industry”, it stated.

“Broader strategic cooperation will be the pivot around which a more liberal approach may be seen.

“We recommend that stakeholders, of the likes of AACO (Arab Air Carriers Organization), the regional association of Arab airlines, could take the lead in defining a new approach based on shared interests, focusing on complementarity rather than conflict,” it stated.

“We believe that the government is open and receptive if a win-win strategy is presented. Successful privatization of Air India will lead to a market-based approach to India’s aero-political settings.

“In addition, the government is expected to address other policy, regulatory and fiscal distortions. Together, these would positively reset the competitiveness of Indian aviation,” said CAPA.

Indian carriers, however, will need to compete on the world stage in terms of network and product, it said adding that they have shown that they are able to, despite constraints.

It added that an enabling framework will assist significantly. In particular, a commercially-oriented, well-run Air India has the potential to be a genuine global network carrier.

CAPA recommended that aviation access can, and should be, included in the broader economic and strategic cooperation between India and the Middle East, and linked to investment flows, while balancing the needs of Indian carriers. “The traditional approach to bilateral negotiations may no longer be relevant.”

It said Middle Eastern carriers also need to realize that in the current regime, more tangible demonstration of the benefits that would accrue to India from increased market address is needed, together with clarity, commitment and transparency in approach.

According to CAPA, in contrast to India’s strengthening economic and strategic partnership with the Middle East across multiple areas of interest, the aviation relationship has been on pause. Most of the Gulf Cooperation Council (GCC) markets exhausted their bilateral entitlements several years ago.

It stated that COVID-19 has temporarily relieved the need for additional seat entitlements.

“We believe this is the right time to prepare a long-term strategic framework for market access, that is aligned with India’s requirement for air connectivity to achieve its economic, trade and strategic objectives, while keeping in mind the aspirations of Indian carriers,” CAPA said. -(The Economic Times)