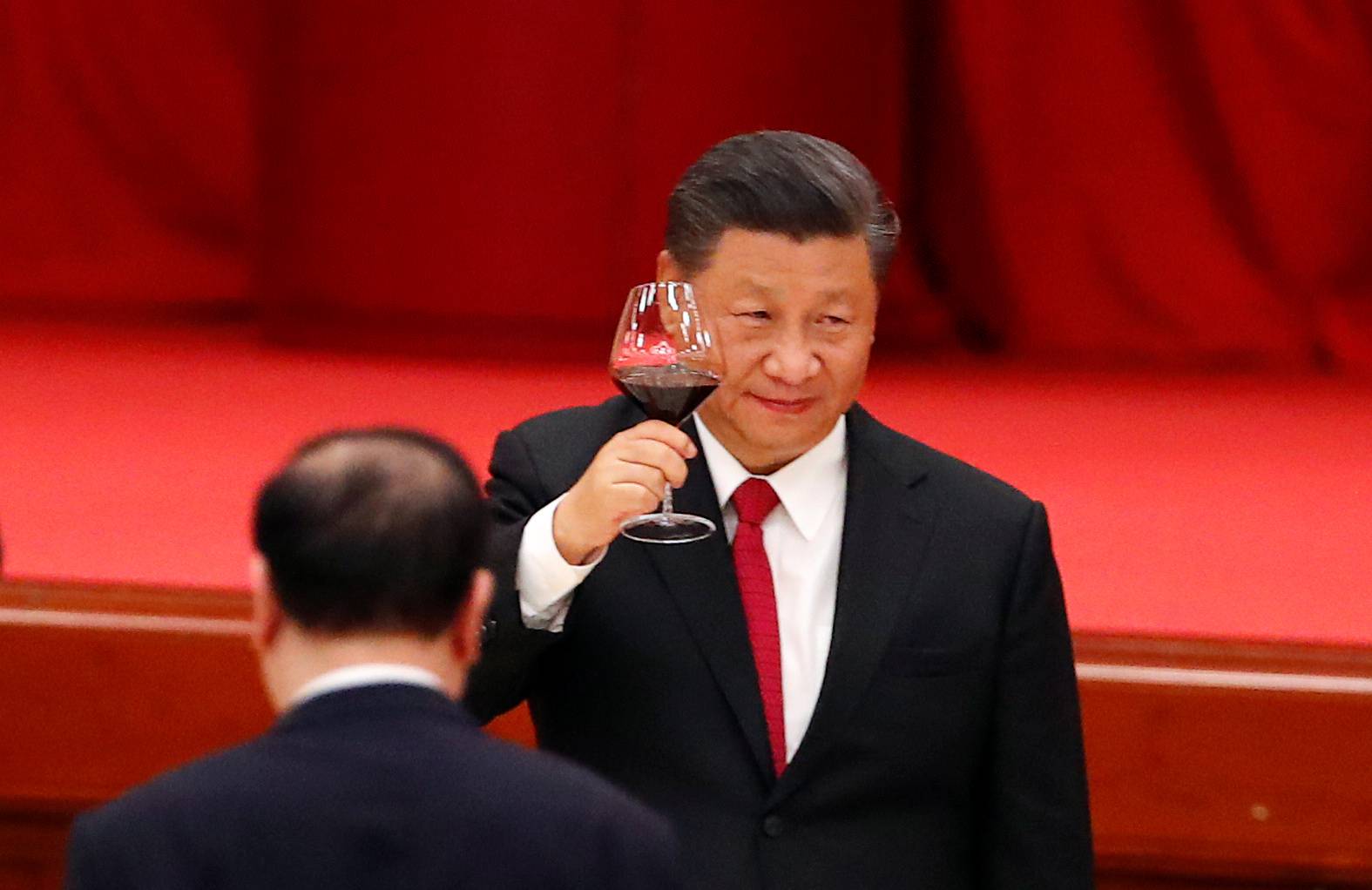 In 1989, the political scientist Francis Fukuyama published The End of History, a book arguing that liberal democracy had emerged as the only viable system of government for the world’s countries after a seven-decade-long ideological struggle with Communism. In his book, Francis Fukuyama declared the Western democratic system “the end of history.” It was a deliberate criticism of Marxist philosophy and the Chinese communism, which held that the trajectory of human development would end in communist utopia. The Stanford University professor said he still believes countries like China will eventually move toward a Western-style system thanks to a growing middle class with the political investment and financial power to demand responsive government. But he also warned that the potentially dangerous concentration of power acquired by China’s current president, Xi Jinping, could expose some of the fundamental flaws in the country’s political system.

He was of strong opinion that the trouble in a system without checks and balances is that if you get a bad emperor, there’s nothing you can do about it. That’s really the problem they haven’t solved. And it’s really acute now with Xi Jinping because he’s accumulating more power than any other Chinese leader since Deng and maybe even Mao Zedong. At this point, we have no idea whether he’s a good emperor or a bad emperor. If it turns out he’s a bad emperor, he can do an awful lot of damage to that society.

China’s contemporary communist regime, however, embodies rule-based authoritarianism, where political leaders since Mao have successfully abided by strict term limits and have effectively established peaceful transitions of power. Nevertheless, Fukuyama opined that the Chinese rising middle class will not be any different from other societies in times of accumulated discontent, especially if the economy deteriorates or if the central government makes grave political miscalculations.

As Tom Gold, Professor of Sociology at U.C. Berkeley, pointed out, there have been increasing youth-led protests in both Hong Kong and Taiwan, and there is substantial youth discontent in China as well. Fukuyama acknowledged the restlessness of the younger generation in China but noted that this is fueled more by nationalism and the desire for greater freedom from government interference rather than by a desire for “democracy.” The ideal scenario for China, according to Fukuyama, would be China’s slow political transition concurrent with the growth of its middle class. This is only possible; however, if there is robust economic growth and job creation across the country.

China has succeeded in rapidly progressing from a low-income to a middle-income nation. Put another way, globalization has certainly benefited China in many ways up to now. After generations of endemic poverty, hundreds of millions of Chinese citizens have seen wage increases leading to higher disposable income and middle class status. Now, after paying for basic necessities, they have extra money to save or spend on consumer products such as trendy clothing or tech gadgets. The gains are now spreading beyond urban centers, with the number of citizens who are both rural and poor in dramatic decline, dropping by 12.89 million between 2016 and 2017 alone.

Since Deng Xiaoping instituted economic reforms under the “reform and open” policy in 1978, the Chinese Communist Party has overseen a gradualist approach to modernizing China’s economy. A new Chinese middle class has emerged with China’s economic reforms and economic growth. According to Seymour Lipset’s modernization theory, there is a strong relationship between socio-economic development and the emergence of democratic politics accompanying the growth of an educated middle class that will demand democratization as a means to achieve more participation in politics.

One of the viewpoints argues that an improving socio-economic environment in China is successfully making a conservative Chinese middle class more liberal and fostering emerging democratic belief. The second acknowledges broadly democratic ideas among Chinese, but it does not see a significant rising liberal middle class pushing for more liberalization at least not yet. A third perspective acknowledges the rise and liberalization of China’s middle class, but sees little prospect of a consequent liberal push to democratize China.

It is very interesting and significant to note David Zweig’s study on democratization of East Asia concludes that Chinese in China, Taiwan and Hong Kong preferring democracy. This democratic potential encourages some western observers to conclude that China is on the brink of democratization because of the impact of globalization on China and because of the accumulating effect of the gradual economic and social reforms in China that followed Tiananmen Square in 1989.

Zhengxu Wang in his study on public support for democracy in China concludes that it is high in China. But he also shows that the majority of Chinese people are not yet ready for a major effort towards democratization. This might be explained in several ways. Through the perspective of modernization theory or postmaterialist theory, the majority still see economic growth, social stability, and national power, the so-called materialist goals, as most important. Their aspirations for freedom of speech, political participation, and other democratic rights, although growing, are still limited. As a result, people are quite satisfied with the current political arrangement, as long as it keeps delivering economic growth, social stability, and national power.

On the one hand, the satisfaction of Chinese citizens with the recent liberalization in Chinese political and social life might contribute to the relatively low demand for rapid change; fear of losing social and political stability may also lead people to accept the current one-party dominated system. It may be true that the regime is manipulating such fears, but it appears to work. At the very least, as the data show, some people feel that democratic reform must be carried out under the leadership of the Party. Furthermore, there may be some cultural factors at work. Confucian societies tend to stress harmony and to avoid conflict. Hence it is possible that Chinese citizens have misgivings about competitive aspects or forms of democratic politics such as multi-party elections and interest group politics. Meanwhile, Confucianism sees the state as a patriarch figure that protects its subjects, hence it leads to the public’s willingness to accept a dominating role of the state.

But at the same time, it can be argued that while Confucianism is not directly pro-democratic, neither is it completely anti-democratic. Confucian beliefs are better viewed as a-democratic. Humanists and political theorists argue that Confucianism is totally compatible with modernity and can contribute to a humanistic and democratic modern culture and institutions.  Social scientists argue that with economic growth and social modernization, people become increasingly pro-liberty, tolerant, and elite-challenging. They will demand democracy through open protest or sustained challenges to the government. According to some studies, China is seeing an increase in such values; hence the demand for democracy is also rising.

Chinese people do not reject democracy. They simply harbor worries that changes in or breakdown of the current system could lead to economic downturn or social instability. If they were convinced that changes toward democracy would not cause economic downturn or social instability, they would be more ready to embrace steps towards democracy. It takes time to expand public perceptions.