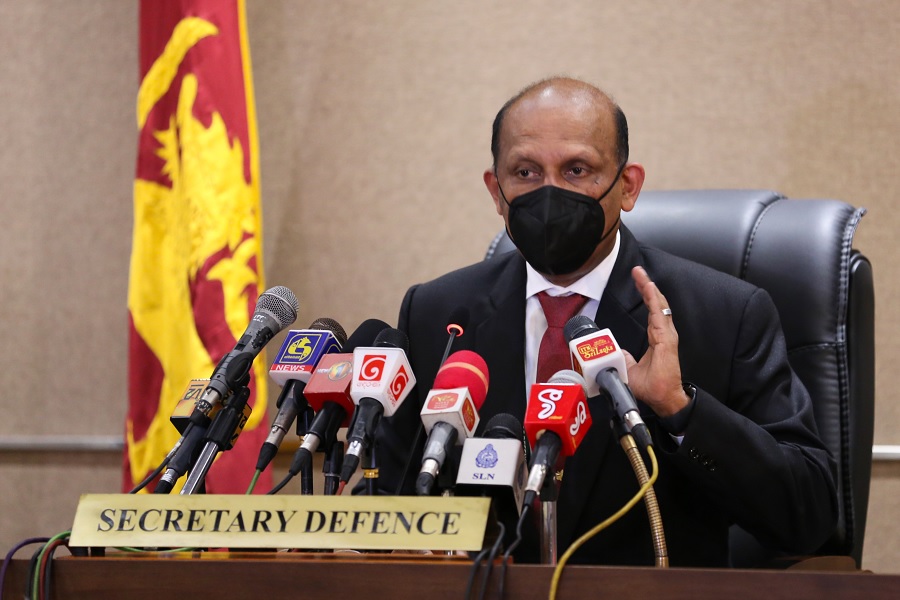 Defence Secretary, General Kamal Gunaratne (Retd) asserted that there was no threat to national security.

He said that the Government will not leave room for national security to be jeopardised while fighting the Covid pandemic.

The Defence Secretary expressed these views at a media briefing held at the Ministry of Defence.

The Defence Secretary said that the Boossa Prison has been converted into a high security prison and high-profile notorious criminals have been imprisoned at the facility.

He also said that mobile jammers have been fixed at the Negombo and Angunakolapalassa prisons and similar technology will be introduced to the Mahara and Welikada orisons in due course.

“All the routes of drug inflow into the island have been identified as well,” the Defence Secretary added.

With regard to the Easter Sunday Bombings, the Defence Secretary said that more evidence is being collected.

IGP Wickramaratne urged the public to submit any information they may have with regards to the Easter Sunday attacks. (Colombo Gazette)