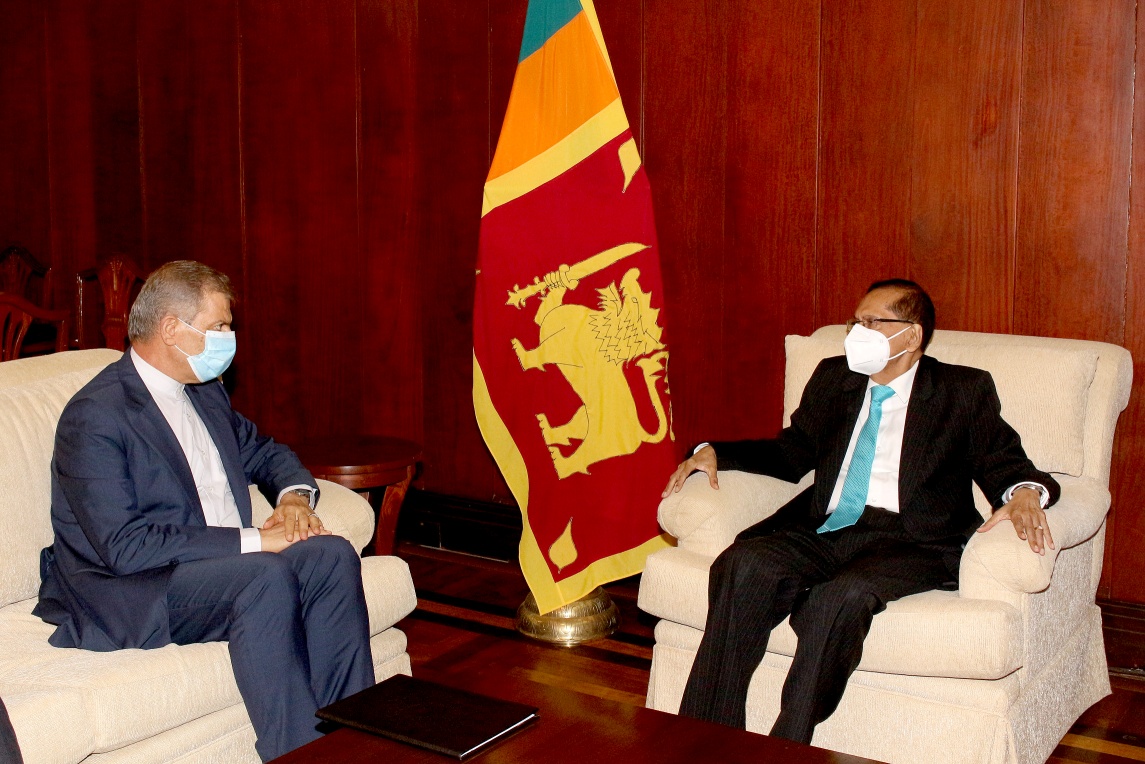 Foreign Minister Professor G.L. Peiris called for enhanced bilateral trade, investment and the possibilities of cooperation in new sectors, such as tourism and energy.

In his opening remarks, Foreign Minister Peiris highlighted the long standing friendly relations between Sri Lanka and Iran which have a proud legacy of two ancient and great civilizations. In recent years, the bilateral relations have been reinvigorated by the exchange of high level visits that have contributed to closer cooperation and coordination, both at the bilateral level as well as in the international arena.

The Foreign Minister conveyed the Sri Lanka Government’s appreciation for the steadfast support extended by the Islamic Republic Iran during the Human Rights Council sessions held in Geneva and at other multilateral fora.

Ambassador Ashjazadeh extended his warm felicitations to Minister Peiris on his appointment as the Foreign Minister and assured the firm commitment and support of the  Government of the Islamic Republic of Iran to the expansion of bilateral cooperation with the Government of Sri Lanka. (Colombo Gazette)