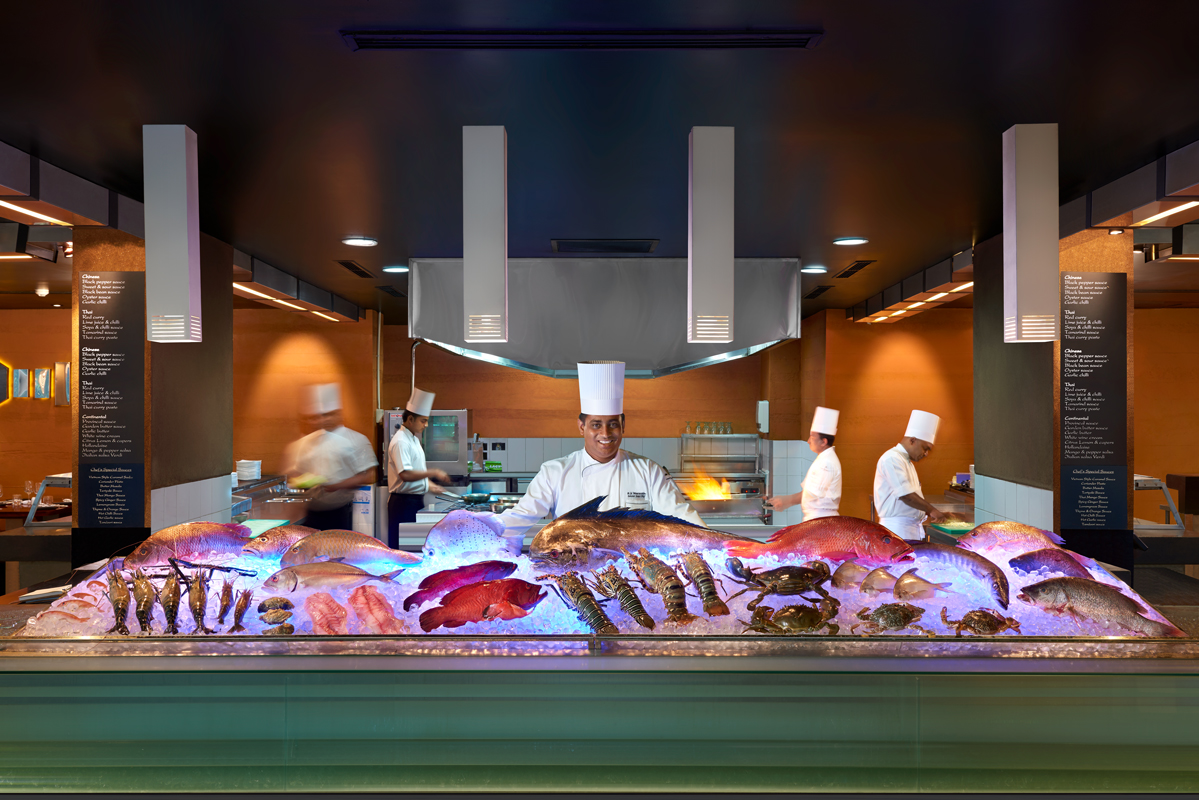 ‘The Lagoon’ restaurant at Cinnamon Grand Colombo was recently featured in the “World’s 50 best restaurants” a globally recognized restaurant listing program – for their rich ambience, diversity of freshest seafood and variety of culinary experiences.

‘The Lagoon’ restaurant is popularly known among local and international guests as an exquisite dining venue that captures the essence of a lively atmosphere at seafood markets; as the restaurant lays out the freshest catch of the day, allowing customers to pick their favourite, and have the chefs prepare it in any culinary style of choice, right before their eyes.

Speaking with the General Manager, Cinnamon Grand Colombo – Kamal Munasinghe noted: “We are honoured to be listed in the World’s 50 best restaurants platform, putting Sri Lanka on the map for great culinary experiences, along with other international names in hospitality from around the globe. Our innovative food and beverage offerings continue to push the boundaries in the space of gastronomy, finding the perfect balance between authenticity, high quality and creativity. We pride ourselves in offering truly unique experiences for our guests and visitors, and are pleased to have been recognised for this.”

‘The Lagoon’ offers safe outdoor dining spaces for guests and operates under strict government stipulated COVID-19 regulations, as well as by its own international standard for safety, hygiene and cleanliness as part of Cinnamon Care. In addition, ‘The Lagoon’ is available to residents of Colombo and its suburbs via ‘Flavours by Cinnamon’ – the online food delivery platform launched by Cinnamon Hotels & Resorts, that offers over 30 dishes from ‘The Lagoon’ alone; and 470+ dishes across both Cinnamon Grand Colombo and Cinnamon Lakeside Colombo.

The “World’s 50 best Restaurants” listing was based on the votes of over 1,000 international restaurant industry experts, with a 50/50 gender balance; with each regional panel consisting of 40 members (food writers and critics, chefs, restaurateurs and well-travelled gourmets, each of whom has 10 votes).

Concluding, Munasinghe stated: “The annual list of the world’s finest restaurants provides a snapshot of some of the best destinations for unique culinary experiences. The list’s structured and audited voting procedure, backed by the knowledge of its 1,000 experts, showcases that it is a yardstick by which global gastronomy trends are adjudged and documented – and we are pleased to have Cinnamon Grand Colombo’s Lagoon restaurant listed amongst these international names. We look forward to welcoming our loyal customers and new guests, whilst upholding international standards for food and beverage experiences in Sri Lanka”.

Cinnamon Grand Colombo is considered the flagship city hotel under Cinnamon Hotels & Resorts, with a room inventory of 501 and 14 Food and Beverage outlets. The 5-star, luxury business hotel property continues to be the popular choice for global-travellers, having recently been awarded Sri Lanka’s Leading Business Hotel Award and TripAdvisor Traveller’s Choice in 2020.