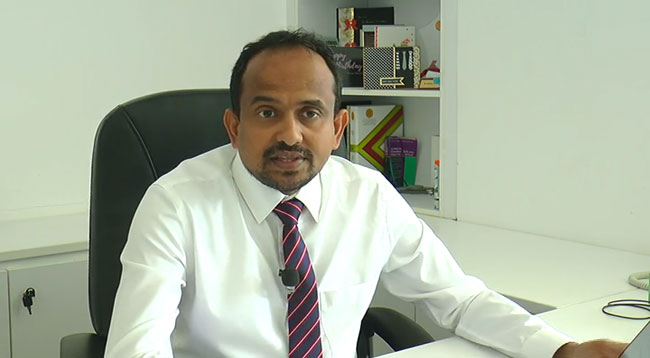 Children have fared better with Covid but the Delta variant poses fresh unknowns, a local health expert quoted a report as saying.

Chandima Jeewandara, the Director of the Department of Immunology and Molecular Medicine at the Sri Jayewardenepura University tweeted today saying innate immunity might be the key to why children have fared better with the virus.

However, he said the Delta variant poses fresh unknowns, according to a very good collection of evidence.

Data collected by the US Centers for Disease Control and Prevention from hospitals across the US suggest that people under the age of 18 have accounted for less than 2% of hospitalizations due to COVID-19 — a total of 3,649 children between March 2020 and late August 2021. Some children do get very sick, and more than 420 have died in the United States, but the majority of those with severe illness have been adults — a trend that has been borne out in many parts of the world.

Research is beginning to reveal that the reason children have fared well against COVID-19 could lie in the innate immune response — the body’s crude but swift reaction to pathogens. Kids seem to have an innate response that’s “revved up and ready to go”, says Betsy Herold, a paediatric infectious-disease physician who heads a virology laboratory at the Albert Einstein College of Medicine. But she adds that more studies are needed to fully support that hypothesis.

The emergence of the Delta variant has made finding answers more urgent. Reports suggest that in the United States and elsewhere, children are starting to make up a larger proportion of reported infections and hospitalizations. These trends might be due to Delta’s high transmission rate and the fact that many adults are now protected by vaccines.

For now, there is no clear evidence that children are more vulnerable to or more affected by Delta compared with earlier variants. But SARS-CoV-2, like all viruses, is constantly mutating and becoming better at evading host defences, and that could make understanding childhood’s protective benefits more important. “We haven’t paid much attention to age-related differences in immune responses because it hasn’t had huge clinical implications previously,” says Lael Yonker, a paediatric pulmonologist at Massachusetts General Hospital in Boston. “COVID-19 highlights that we need to better understand these differences.”