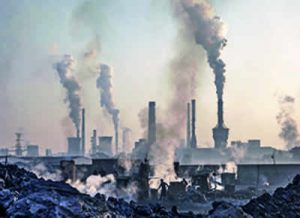 NEW DELHI: Aligning themselves with India’s stand against the EU’s proposed carbon border tax, the other BRICS nations – Brazil, Russia, China and South Africa – on Friday jointly opposed the proposal calling it “discriminatory”.

Expressing their concerns over the EU’s move, these four countries along with India also put forward their formal objections to the proposal in the ‘New Delhi statement on environment’ as they pledged to cooperate with each other and take joint stands at multilateral forum.

Under the world’s first such proposal on carbon border tax, 27 EU nations had recently decided to impose border tax on imports of carbon-intensive goods. The tax plan, yet to be legally formalised, will come into force from 2026.

“We noted with grave concern the proposals for introducing trade barriers, such as unilateral carbon border adjustment, that are discriminatory,” said the New Delhi statement, adopted after day-long deliberations at the virtual BRICS environment ministerial meeting chaired by India.

Besides cooperation on different contentious issues at global forum, the BRICS nations also decided to jointly work on abatement and control of air and water pollution.

“The year 2021 is a crucial year not only for BRICS but also for the whole world as we have UN biodiversity conference (COP15) in October and UN climate change conference (COP26) in November where BRICS countries can play a very significant role in addressing the contemporary global challenges of climate change, biodiversity loss, air pollution, marine plastic litter etc,” said environment minister Bhupender Yadav while addressing the meeting.

India has been promoting these issues at every multilateral forum on environment and climate change while asking rich nations (historical polluters) to act in accordance with principles of ‘equity’ and common but differentiated responsibilities and respective capabilities (CBDR-RC).

Referring to the recent IPCC report on climate change, the minister said it has given enough indications that the world faces a “now or never” kind of situation where concrete “collective global actions” would be needed against environmental and climate challenges.

On air pollution front, the BRICS nations during the meeting spoke on sharing of experiences of best practices and collaboration in areas of uniformity in methodology for air quality data generation, its quality control and assurance, cleaner technologies at process as well as in pollution control, abatement, and prevention, and strengthening of national air quality monitoring network. -(The Times of India)