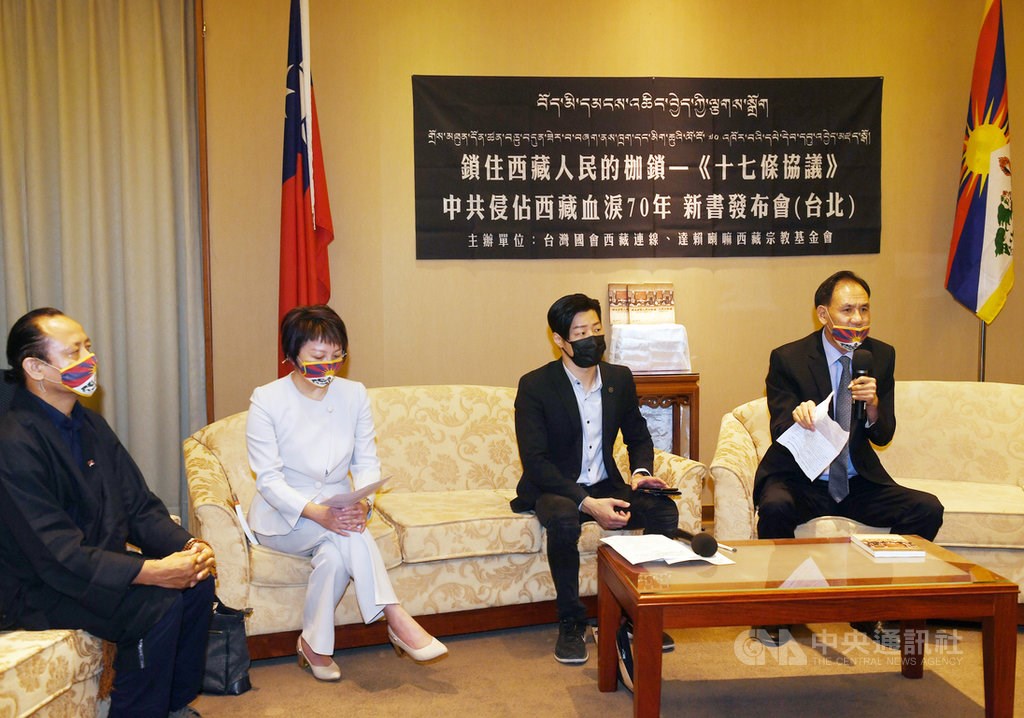 The decades-long Chinese oppression of Tibetans should serve as a warning to Taiwanese, Kelsang Gyaltsen Bawa, representative of the Tibetan government-in-exile to Taiwan, said Thursday during a book launch event at the Legislative Yuan.

Over the years, intellectuals from Tibet have either been forced into exile or faced brutal crackdowns in their homeland by the Chinese Communist Party (CCP), and their suffering continues to the present day, the representative said.

What came after the signing of a peace treaty between the Dalai Lama’s government and CCP in Beijing in 1951 was “seven decades of blood and tears shed by Tibetans,” Kelsang said.

He was referring to the Seventeen Point Agreement that affirmed China’s sovereignty over Tibet but promised Tibetans a high degree of autonomy. However, following an uprising by Tibetans in Lhasa, the capital of Tibet, in 1959, the Tibetan spiritual leader the Dalai Lama escaped to India, where he formed a Tibetan government-in-exile.

Tibet’s experience should serve as a warning to Taiwanese that the country’s freedom and democracy is in their hands, he added.

He was joined by several Taiwanese lawmakers Thursday at a launch event for a book about the peace treaty that was published under the sponsorship of his foundation.

While supporting Tibetans who have faced oppression, Taiwanese should cherish freedom of expression and fight for democracy, said independent Legislator Freddy Lim (林昶佐), who also heads the Taiwan Parliament Group for Tibet.

Fan Yun (范雲), a legislator from the ruling Democratic Progressive Party (DPP), said Taiwanese should be wary of the threat from China because Beijing has stepped up military exercises near Taiwan.

However, Fan went on to say, people in Taiwan should also keep faith in important values that the country shares with the international community, including freedom, democracy and human rights.

Another DPP Legislator Hung Sun-han (洪申翰) said China has shown what it would do after a peace treaty is signed.

What happened in Tibet should be a wake-up call for Taiwanese when they think about the future of the island, Hung added. (CNA)