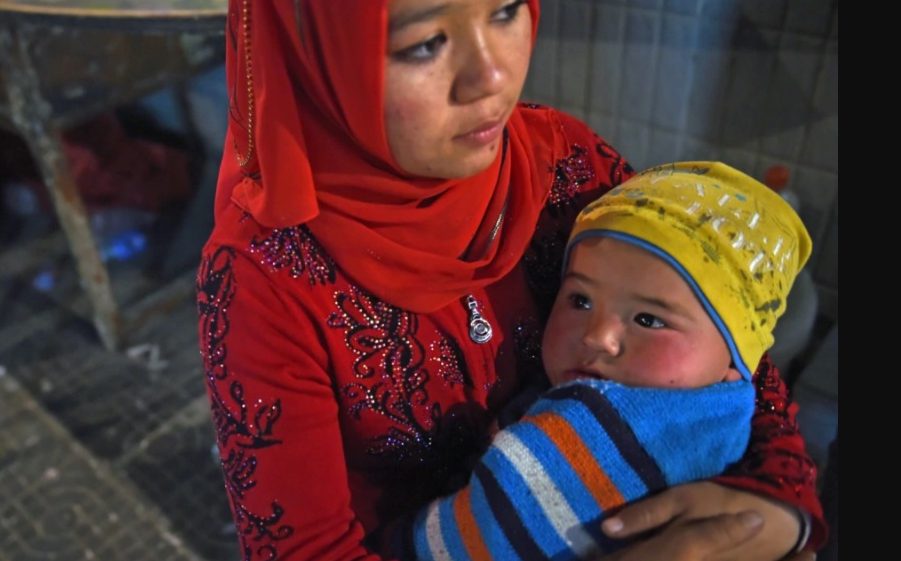 China is a country of immense diversity in terrain, climate, and especially people. There are 56 officially recognized ethnic groups. The largest is the Han Chinese, numbering 900 million, who reside in every region of the country. Ten of them have a population of between two and 16 million, while the remaining 45 ethnic minorities a population of between 2,900 and 1.9 million. Ethnic minorities are concentrated in 12 western provinces, especially the five autonomous provinces. A number of ethnic groups are spread variously throughout the provinces. For example, the Hui (sinicised Muslims) live in 19 provinces. The smallest group is the Hezhen, living in the far northeast, with fewer than 2,000 people. There are other groups namely four groups-Mongols, Tibetans, the Manchus, and the Naxi. China’s western regions are the most ethnically diverse, with 80 per cent of the country’s minorities living in the area.

It is important to note that China, like many places in the world, faces challenges about how to reconcile national borders with ethnic ones. Precisely when and how regions such as Mongolia and Tibet came to be part of China are points that are disputed by groups both within and outside of China. The arguments surrounding these debates are very complex, with groups invoking history in different ways to legitimize their opposing stances.

Regional autonomy for ethnic minorities in China means that, under the unified leadership of the state, regional autonomy is practiced in areas where people of ethnic minorities live in compact communities. In these areas, organs of self-government are established for the exercise of autonomy. The implementation of this policy is critical to enhancing the relationship of equality, unity and mutual assistance among different ethnic groups, to upholding national unification.

In recent decades, separatist and ethnic riots have broken out in Xinjiang and Tibetan areas. To satisfy ethnic aspiration while ensuring national unity, the Chinese Communist Party (CCP) practices regional autonomy in areas where 20 percent or more of the population comprises ethnic minorities.

There are limits to rights bestowed on China’s ethnic minorities. First, according to the Law, the China is a “unitary multiethnic state”, whereby separation of any territorial units from the nation is strictly prohibited, ethnic unity is preserved, and separatist activities are severely punished.

Second, as the ruling party, the CCP wields supreme power over all levels of governments and localities in China. Ethnic autonomous regions are no exception. The post of administrative chief (governors, mayors, magistrates, etc) in the ethnic autonomous areas that is held by ethnic minorities is the No. 2 office. In most ethnic autonomous areas the Party Secretary, the No. 1 power holder, is usually a Han. This led some observers to view regional autonomy as a mere political facade to disguise Han’s dominance.

Third, cadre corps of ethnic minorities have been trained to dutifully implement the Party’s line and refrain from making ostensible demands for their ethnic groups, especially political ones. Fourth, the actual utilization of the legal prerogatives of not implementing policies from above in ethnic areas is quite rare.

The most serious challenge to China’s ethnic policies comes from Tibetans and Uyghurs. In general, language, religion, geopolitics and the late integration with China all play a part in their political separatist tendency. Though more Tibetans and Uyghurs can speak Mandarin, they still retain the use of their own language, their ethnic cultural identity as well as their strong religious belief. Both provinces were integrated into China at a rather late point in history. They became a standard sub-national unit of China during the Qing Dynasty. Both provinces are also far away from the power centre of Beijing. It takes about five hours of flight from Beijing to reach Lhasa and four hours to reach Urumqi.

Finally, both provinces are backed by international democratic forces and influences. The Dalai Lama in exile has become the spiritual and appealing leader for the Tibetan movement while the Uyghurs are inspired by radical Islam, Turkic nationalism, independence of the former Soviet republics in Central Asia. The once-successful Uyghur attempt at setting up their own republic in the early 20th century was supported by these forces.

Internationally, these agitations have the sympathies of the West. The crackdown on demonstrators has been heavily criticized by the West. Beijing has much to do to improve its public image. It should be more open and less sensitive on its ethnic issues. Its ban on foreign journalists’ coverage of ethnic violence during the Tibetan riots only deepens Western antagonism against Beijing.

Uyghurs agitators might have been motivated by unemployment, low income and discrimination by the Han. Many Uyghurs see Xinjiang as their own land and resent the inflow of ethnicities, especially a large number of Han people. Many of these demands, especially the political and anti-migration ones, go far beyond Beijing’s principle of limited autonomy, with some falling under Beijing’s category of “splitting up the motherland”, a serious political crime. The riots seem to have only resulted in a tougher political response from Beijing and local ethnic cadres. It is unlikely that Beijing will allow Tibet and Xinjiang to have the political and administrative autonomy like Hong Kong, not to mention independence.

International human rights groups have expressed concern that China has detained more than one million Uyghurs against their will over the past few years in a large network of what the state calls “re-education camps”, and sentenced hundreds of thousands to prison terms.

There is also evidence that Uyghurs are being used as forced labour and of women being forcibly sterilized. Some former camp detainees have also alleged they were tortured and sexually abused. China denies mistreating the Uyghurs, saying the government is simply running vocational training centres aimed at countering extremism.

Over the past twenty-five years, China has undergone rapid social and economic change. A report by Human Rights in China and Minority Rights Group International argues that this transformation has exposed the Chinese government’s negative policies towards minorities. Key issues preventing minorities from exercising their rights include limited political participation, inequitable development and inadequate protection of minority cultural identity.

China uses its status as a ‘developing’ country and the ‘war on terror’ to justify its harsh treatment of minorities seeking greater rights, protection, and autonomy. Autonomous regions are becoming increasingly militarised as part of the government’s response against perceived insurgency threats. The report focuses on three minority groups living in autonomous regions within China: Mongols, Tibetans, and Uyghurs.

China is experiencing rising and destabilizing levels of inequality, social unrest and protests fueled by growing inequality and rights violations. Instead of addressing the causes of social unrest, China’s response has been crackdowns, repression, censorship, and state-sanctioned violence. This will only heighten tensions and increase grievances. Although minorities are targeted, they are not the sole victims of state injustices. Minority rights protection therefore has implications for wider human rights issues across China. Control and suppression are used against any individual or group that the government perceives as a threat.

Research by Stanford Law School’s Human Rights & Conflict Resolution Clinic and Human Rights Watch, along with reports by human rights organizations, the media, activist groups, and others, and internal Chinese Communist Party (CCP) documents, show that the Chinese government has committed—and continues to commit—crimes against humanity against the Turkic Muslim population-the Uyghurs, Kazakhs, Kyrgyz, and other communities in the region are ethnically Turkic.