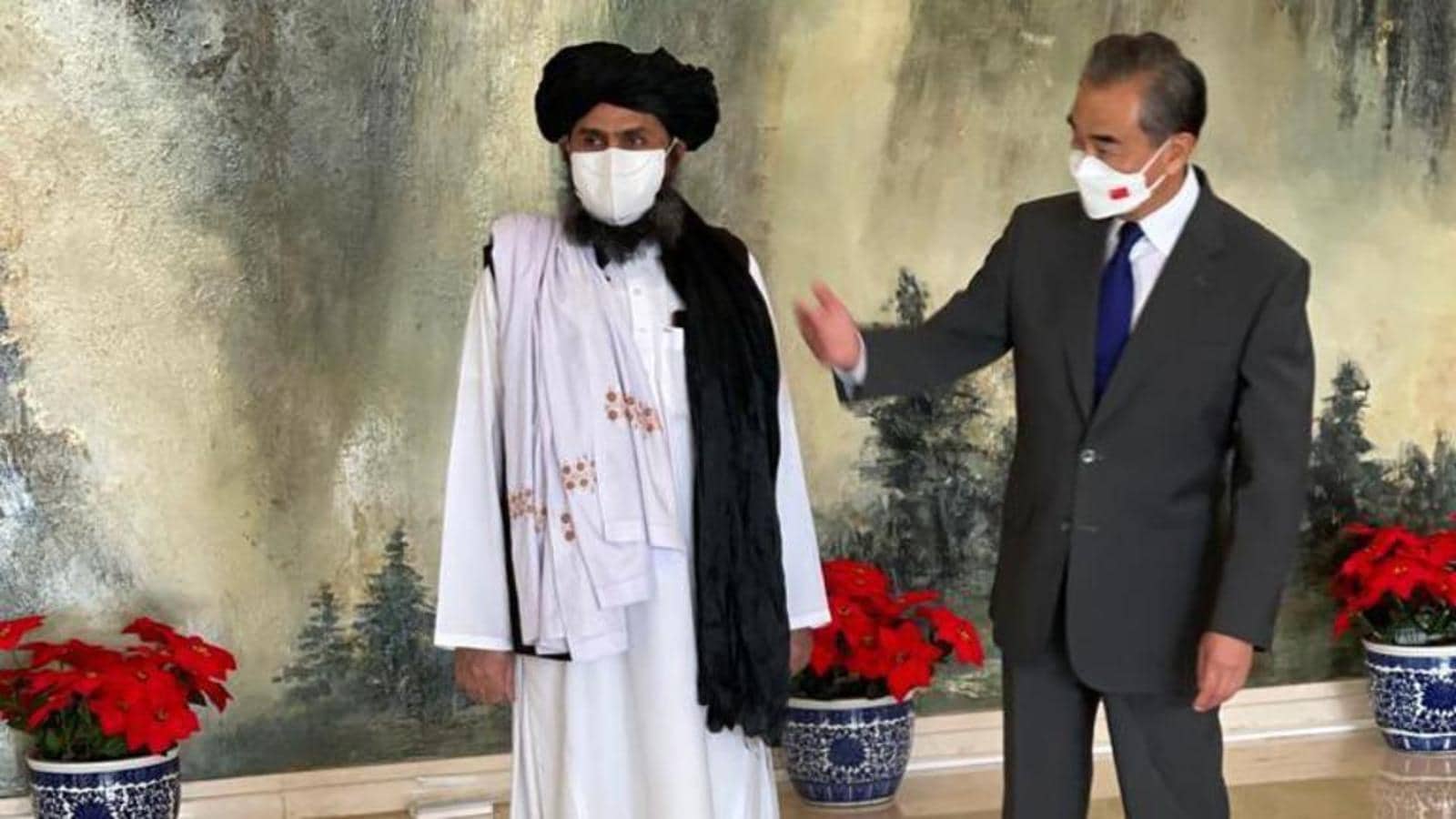 China backing Taliban as US troops withdraws from the country.

The meeting came just days before the Taliban eventually seized control of Afghanistan’s capital on 15 August.

Speaking to Chinese TV, Mr Yiwei mocked the US for “achieving nothing” in Afghanistan after nearly twenty years.

He also praised the Taliban fighters for overthrowing “colonists and invaders”.

The professor from Renmin University later stated that the Taliban made pledges to China during its secretive talks.

The militant group vowed that under its rule, Afghanistan “will protect China’s core interests”.

He added that the Taliban pledged “not to become a country that undermines China’s stability, and will not protect the East Turkestan Islamic Movement”.

Mr Yiwei said that the Taliban will seek China’s cooperation to control the situation in Afghanistan.

The former Chinese diplomat to the European Union said the Taliban are like the Chinese People’s Liberation Army (PLA) during China’s own civil war.

He added: “The US has worked there for more than ten years and hasn’t achieved anything.

“The Taliban, to give an example that might sound inappropriate, is like the People’s Liberation Army during the War of Liberation.

“The Afghanistan government is a bit like the Nationalist government, which, despite years of American support, is decimated by the Liberation Army.

“The word Taliban actually means revolutionary youths who want to overthrow the colonists and invaders.

“So, they declared very early on that they would protect China’s core interests, and Afghanistan would not become a country that undermines China’s stability.”

He added: “They’ve made a pledge to us, and they know very well that China is a very powerful country.

“If they want to control the situation, they must cooperate with China.”

On Tuesday, the Taliban held a meeting with Beijing’s ambassador to Kabul.

Afterwards, the Chinese Foreign Ministry said that the country has established an “open and effective communication and consultation” with the Taliban

Unlike the US, China has kept its embassy open and says it has no plans for an evacuation of its citizens in Afghanistan. (Courtesy the Hong Kong Post)