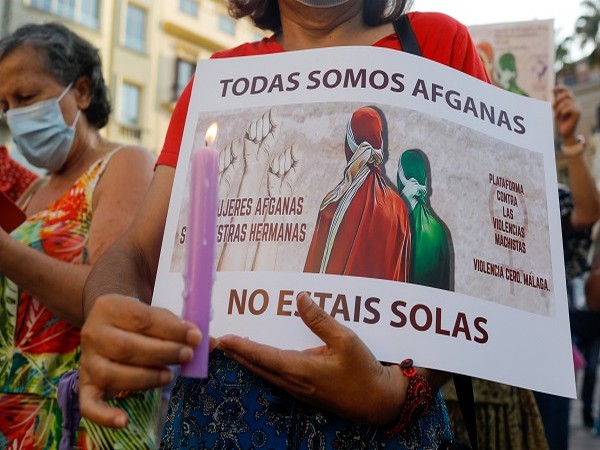 Despite the Taliban’s claims about their new outlook on issues including women’s rights, experts believe that their latest rein of Afghanistan will be no different than what transpired in the 1990s, when the terrorist group used terror to exercise power and control.

Previous generations remember the ultraconservative Islamic regime that saw regular stoning, amputations and public executions during Taliban rule before the US-led invasion that followed the September 11, 2001, terror attacks. Under the Taliban, which ruled in accordance with a harsh interpretation of Islamic law, women were largely confined to their homes.

The US has completed the withdrawal of its troops from Afghanistan, ending one of its longest wars. The Taliban’s seizure of the war-torn country came after international forces withdrew from Afghanistan, with the United States officially beginning its departure back in May.

Writing for the Canadian think tank International Forum for Rights and Security (IFFRAS), Salma Kouser-Asif said the new Taliban has tried to portray itself as being moderate, unlike the previous regime.

Last month, in its first-ever presser after taking over Kabul, the Taliban had assured that the group is committed to providing women with their rights based on Islam.

“Taliban are committed to providing women with their rights based on Islam. Women can work in the health sector and other sectors where they are needed. There will be no discrimination against women,” said Taliban spokesperson Zabihullah Mujahid.

As the Taliban took control of Afghanistan once again after 20 years, experts believe that Afghan women are most likely to face an uncertain future under the terrorist group regime.

After coming to power last month, the group backtracked from its assurances to respect women’s rights in Afghanistan and announced a ban on coeducation. This comes a day after Shaikh Abdulbaqi Haqqani was appointed as the acting minister of higher education in Afghanistan.

Taliban officials had said that there is no alternative justification for continuing co-education and the practice must be halted. The newly appointed education minister has said that education activities will take place according to Sharia Law.

“However, in these dynamic times, the Taliban is under scrutiny now more than ever. Instead of total abandonment, it is time for the international community to build up pressure. Afghanistan is part of several covenants and treaties that it has signed as a nation and that need to be adhered to without any disregard for civil, political, cultural and human rights,” said Salma Kouser-Asif.

Last Monday, two UN Committees called on the Taliban to honour their pledge to protect Afghan women and girls, and to respect their human rights.

“The UN Committee on the Elimination of Discrimination against Women (CEDAW) and the UN Committee on the Rights of the Child (CRC) call on the Taliban to honour their pledge to protect Afghan women and girls, and to respect and fulfil the human rights enshrined in the Convention on the Elimination of All Forms of Discrimination against Women and the Convention on the Rights of the Child,” Office of the High Commissioner for Human Rights (UN Human Rights) said in a statement.

In view of US troops withdrawal, the Committees urged the Taliban and all other parties to take measures to protect the lives and respect the human rights of women and children.

The Committees expressed concern by the reports of targeted attacks on women and girls who have contributed to the country’s development over the past 20 years. “These women should be praised for their important roles and contributions to economic, political and social development in Afghanistan, rather than being subjected to assaults,” the UN committees added.

The Committees recalled that excessive and arbitrary restrictions on women’s and girls’ rights to freedom of movement and expression, education, work and their right to participate in public life are incompatible with the principles of proportionality and non-discrimination.

“Both Committees urge those in power and exercising effective control in Afghanistan to comply with the basic tenets of international human rights and humanitarian law, including their due diligence obligation to prevent and protect women and girls from gender-based violence and discrimination,” the statement said. (ANI)