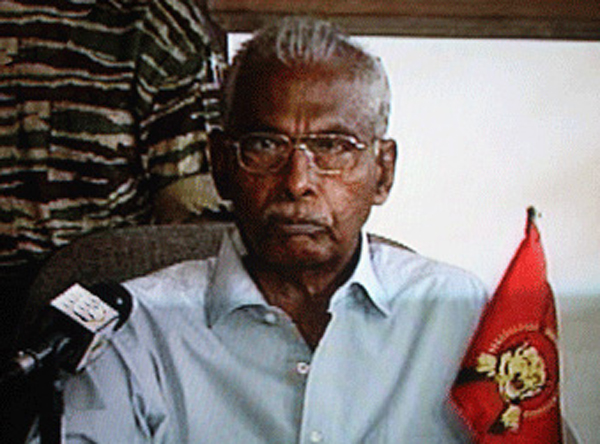 George Master was 85-years-old at the time of his death.

He was arrested following the end of the war and was detained and questioned by the Criminal Investigations Department.

The Colombo Chief Magistrate released George Master in July of 2016 on the advise of the Attorney General.

George Master served as Thamilchelvam’s official translator during the war, especially at media briefings and when Thamilchelvam gave interviews to the English media.

Thamilchelvam was killed in 2007 in a Sri Lanka Air Force attack. (Colombo Gazette)