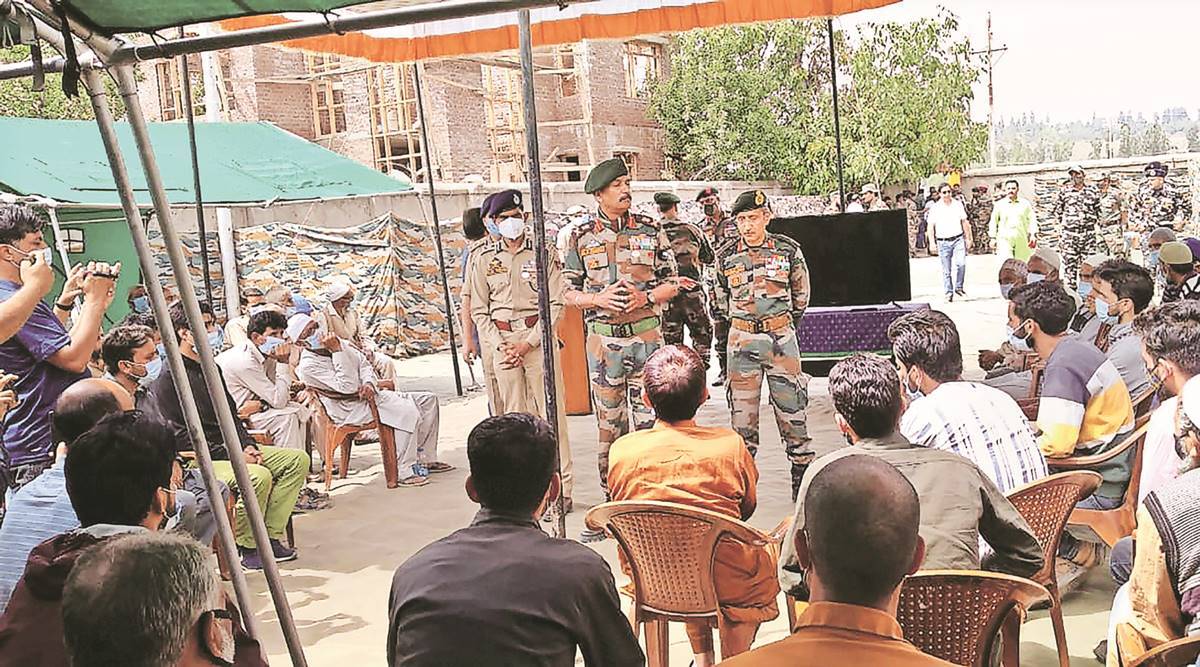 In the first outreach of its kind, top Army and police brass interacted with over 80 families of militants active in the Valley Tuesday, urging them “guide their wards back into society”.

“I requested the GoC Victor (Force) that I should have a one-on-one interaction so that I could request you to get your children out of this (militancy),” Lt Gen Pandey told the families. “Get them out silently. How will you do it, I don’t know. It depends on you. But during an operation, if some boy (gives up) his weapons, we will take the bullet, we will take the injury, we will take the casualty but (we will ) save your child. This is my promise to you. Rest, it is for you to decide.”

It was the first time top police and Army officers directly interacted with family members of militants in south Kashmir, that has seen unabated violence in the last five years. Sources said the families that came were from south Kashmir districts such as Shopian, Pulwama, Kulgam and Anantnag.

In February, Maj Gen Bali had held a one-on-one interaction with youth in south Kashmir’s Pulwama, in another first of its kind initiative.

In a release, the Defence spokesperson said, “The interaction was intended to instill confidence and convey the intent of the security forces amongst the families of active terrorists… Societal and family support can wean the men away from the path of violence and death. The security forces are focusing on the ‘terrorists without weapons’, who sustain and handle terror activities. The overall aim is (to) break the cycle of violence”.  (Courtesy Indian Express)