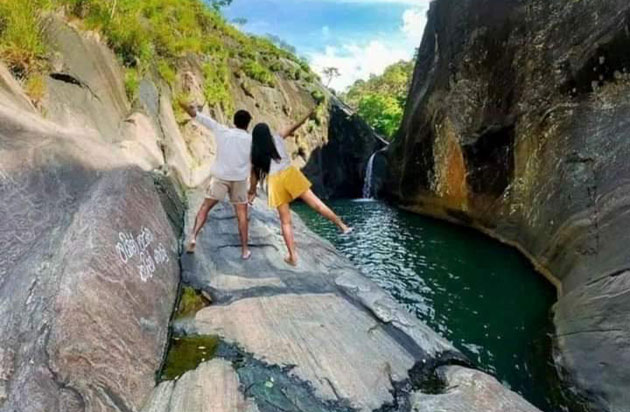 A couple who appeared in a pornographic video shot near the Pahanthudawa waterfall have been arrested.

The couple have been identified as a 34-year-old man from Maharagama and a 25-year-old woman from Elpitiya.