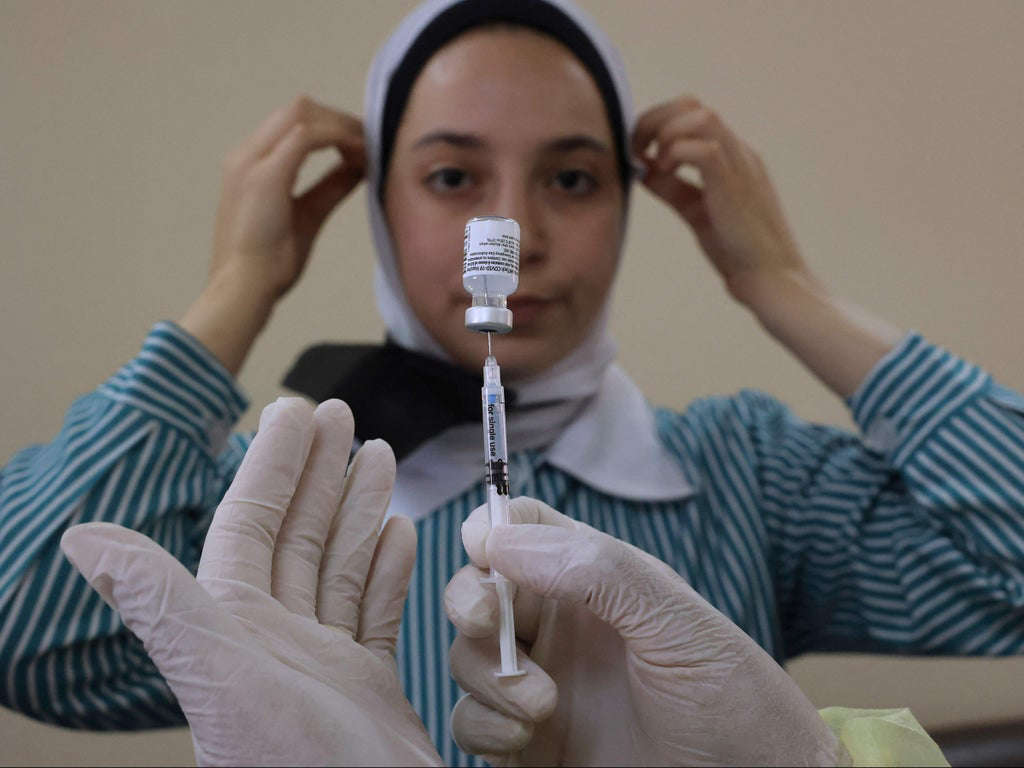 The variant was first discovered in January 2021 and has now been designated a variant of interest.

It was first identified in Colombia at the start of the year but cases have since been recorded in other parts of South America and across Europe.

In July 2021, Public Health England (PHE) declared the Mu variant a variant under investigation. At the time, the Mu variant had accounted for 16 cases, all related to overseas travel.

In July, PHE said there was no evidence to suggest it made the vaccines less effective or causes more severe illness, but the WHO said today in its weekly bulletin that it could be more resistant to vaccines, but that more studies would be needed to examine this further.

It said: “Since its first identification in Colombia in January 2021, there have been a few sporadic reports of cases of the Mu variant and some larger outbreaks have been reported from other countries in South America and in Europe.

“Although the global prevalence of the Mu variant among sequenced cases has declined and is currently below 0.1 per cent, the prevalence in Colombia (39 per cent) and Ecuador (13 per cent) has consistently increased.

“The epidemiology of the Mu variant in South America, particularly with the co-circulation of the Delta variant, will be monitored for changes.”

There are currently four coronavirus variants of concern, as deemed by the WHO, with the Alpha variant – first recorded in Kent – seen in 193 countries, Beta in 141, Gamma in 91 and Delta in 170 countries, while Mu is the fifth variant of interest.

Last week, a new study suggested that people who contracted the Delta variant, first discovered in India, were more than twice as likely to to require hospital treatment than those infected with the previously dominant Alpha variant, which was discovered in Kent.

The study, by PHE and Cambridge University, looked at more than 43,000 cases confirmed by whole-genome sequencing in England between 29 March and 23 May.

Based on their findings, the researchers warned that outbreaks of the Delta variant in unvaccinated populations might lead to a greater burden on healthcare services than the Alpha variant.

Nearly three-quarters of the infections occurred in people who were unvaccinated, with just 1.8 per cent of those infected having received two doses of a vaccine, according to the study.

Close to one in 50 patients were admitted to hospital within two weeks of their first positive test – or 2.3 per cent of Delta cases and 2.2 per cent of those with the Alpha variant.

Researchers then adjusted these figures to take into account other factors – including age, ethnicity and vaccination status – and determined that the risk of being admitted to hospital more than doubled with the Delta variant.

“This study confirms previous findings that people infected with Delta are significantly more likely to require hospitalisation than those with Alpha, although most cases included in the analysis were unvaccinated,” said Dr Gavin Dabrera, one of the study’s lead authors and a consultant epidemiologist at PHE’s National Infection Service.

“We already know that vaccination offers excellent protection against Delta, and as this variant accounts for over 98 per cent of Covid-19 cases in the UK, it is vital that those who have not received two doses of vaccine do so as soon as possible. (Courtesy Independent)