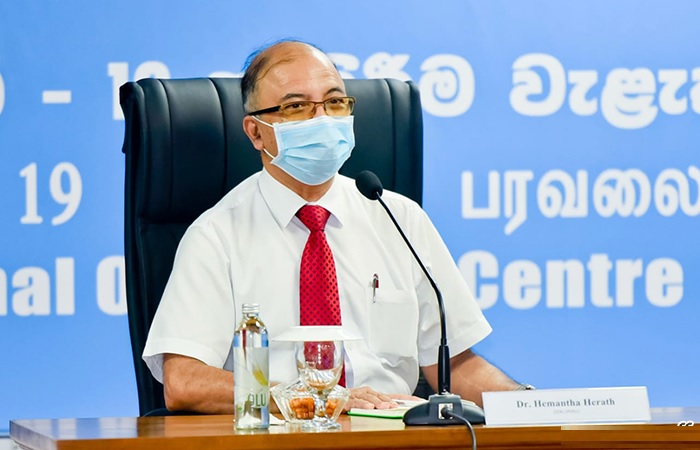 Sri Lanka is on alert for a new South African variant of the coronavirus, the Health Ministry said today.

Deputy Director General of Health Services, Dr. Hemantha Herath said that there is a risk of the variant entering the country.

Dr. Hemantha Herath told reporters this evening that the health authorities will continue testing similar to testing carried out which led to the detection of the Delta variant in Sri Lanka.

He said that the public must continue to follow the health guidelines to ensure they are safe from contracting any variant of the virus.

The COVID-19 variant first detected in South Africa could be more infectious than other mutations — and may have the potential of being resistant to vaccines, according to a report.

The C.1.2 strain has been linked to “increased transmissibility” and is said to have mutated the most from the original virus, which first emerged in the Chinese city of Wuhan, the New York Post reported.

The strain has a mutation rate of about 41.8 mutations per year, almost double the global mutation rate seen in any other existing variant of concern, according to experts at South Africa’s National Institute for Communicable Diseases and the KwaZulu-Natal Research Innovation and Sequencing Platform.

The number of C.1.2 genomes in South Africa has risen from 0.2 percent in May to 1.6 percent in June and 2 percent in July, according to scientists, who also have found 14 mutations in nearly 50 percent of the variants that had a C.1.2 sequence. (Colombo Gazette)