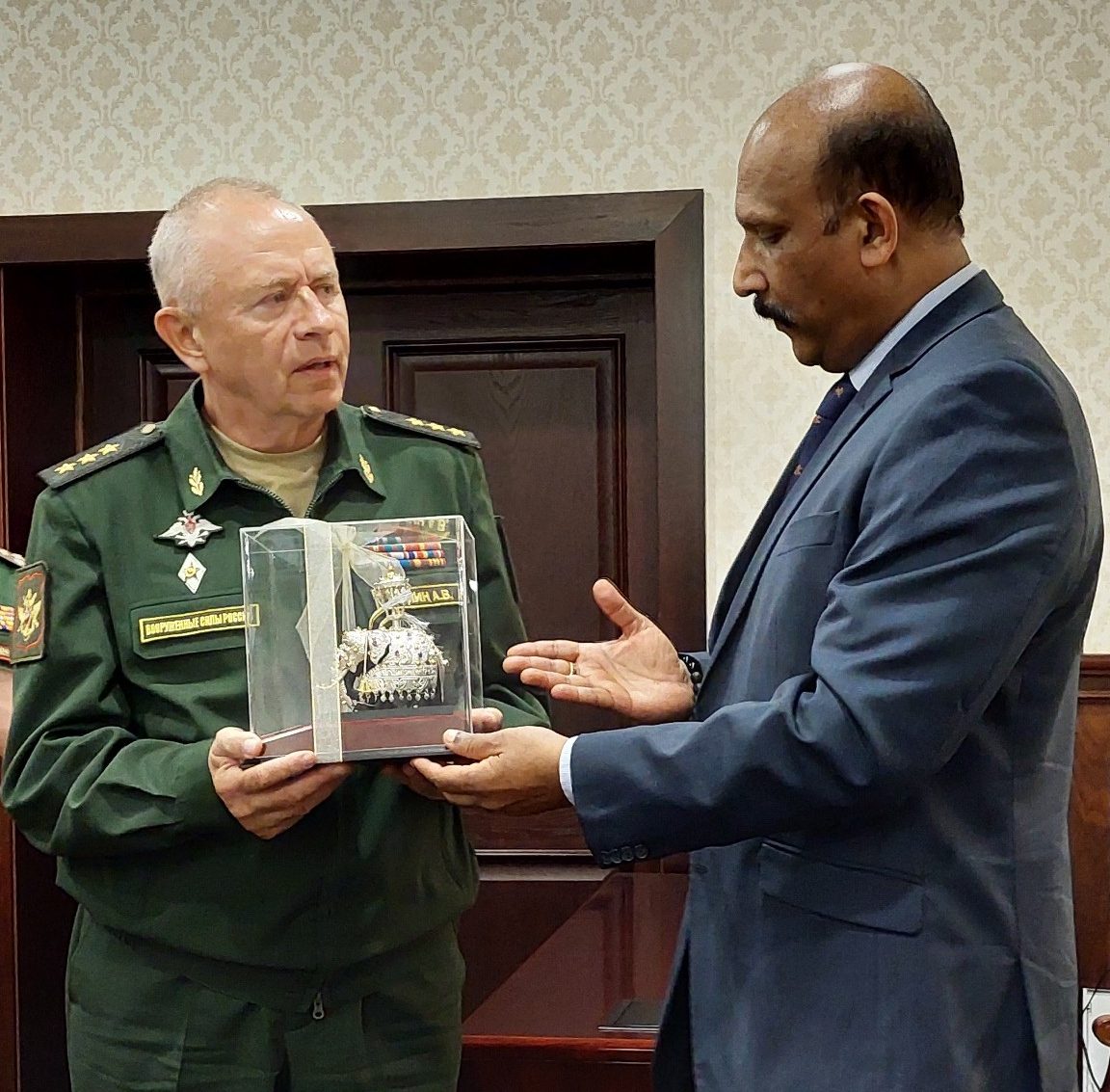 Top Defence officials from Russia and Sri Lanka have had talks on military cooperation and exchanging experience.

The parties discussed the ongoing progress of cooperation between Sri Lanka and Russia in the military and military-technical spheres, focusing on the matters related to military training, participation in international military exercises and events held on the territories of both countries, exchange of experience, and promoting cooperation and closer ties between Russian and Sri Lankan defence education establishments.

Whilst referring to the long-lasting friendship between the people and governments of the two countries and saluting the Russian nation for the continuous support rendered to Sri Lanka during the difficult periods in history, Defence Secretary Gunaratne thanked the Russian Ministry of Defence for extending the invitation for him and his delegation to attend the Forum “Army-2021” and International Army Games-2021.

He acknowledged the high standards of the Forum, exhibition of Russian weapons and armaments and also the friendly atmosphere at the Games. He further assured participation of more number of personnel and in more number of events next year.

The meeting was held in a very friendly atmosphere and strengthened the friendship between the militaries of both countries.  At the end, the parties exchanged traditional mementos and gifts. (Colombo Gazette)