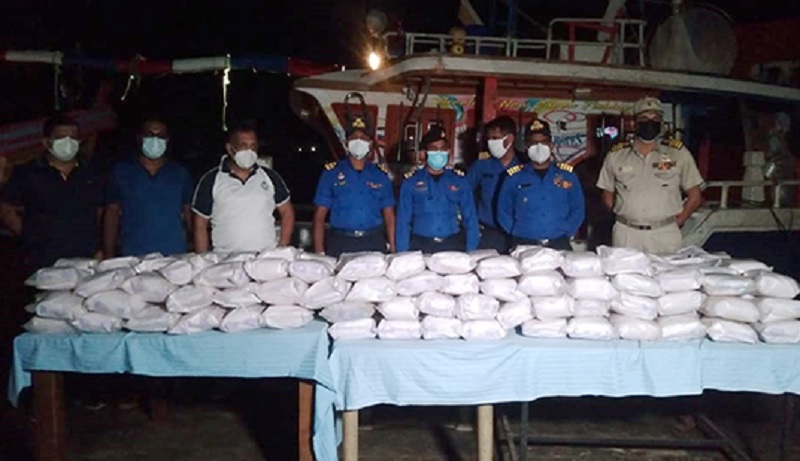 The Navy seized over 290kg of heroin worth more than Rs. 2321 million in a multi-day fishing trawler.

The Navy detained five suspects who were involved in the attempt to smuggle the heroin into Sri Lanka.

The Navy detected and searched a multi-day fishing trawler heading based on information received from a coordinated intelligence operation led by the Sri Lanka Navy Intelligence unit and other intelligence services.

During the special operation the Navy intercepted the trawler and seized over 290kg of heroin in 259 packages stuffed in 10 sacks. The street value of the seized consignment of heroin is believed to be over Rs. 2321 million.

The suspects were identified as residents of Ahungalla, Balapitiya and Habaraduwa. (Colombo Gazette)