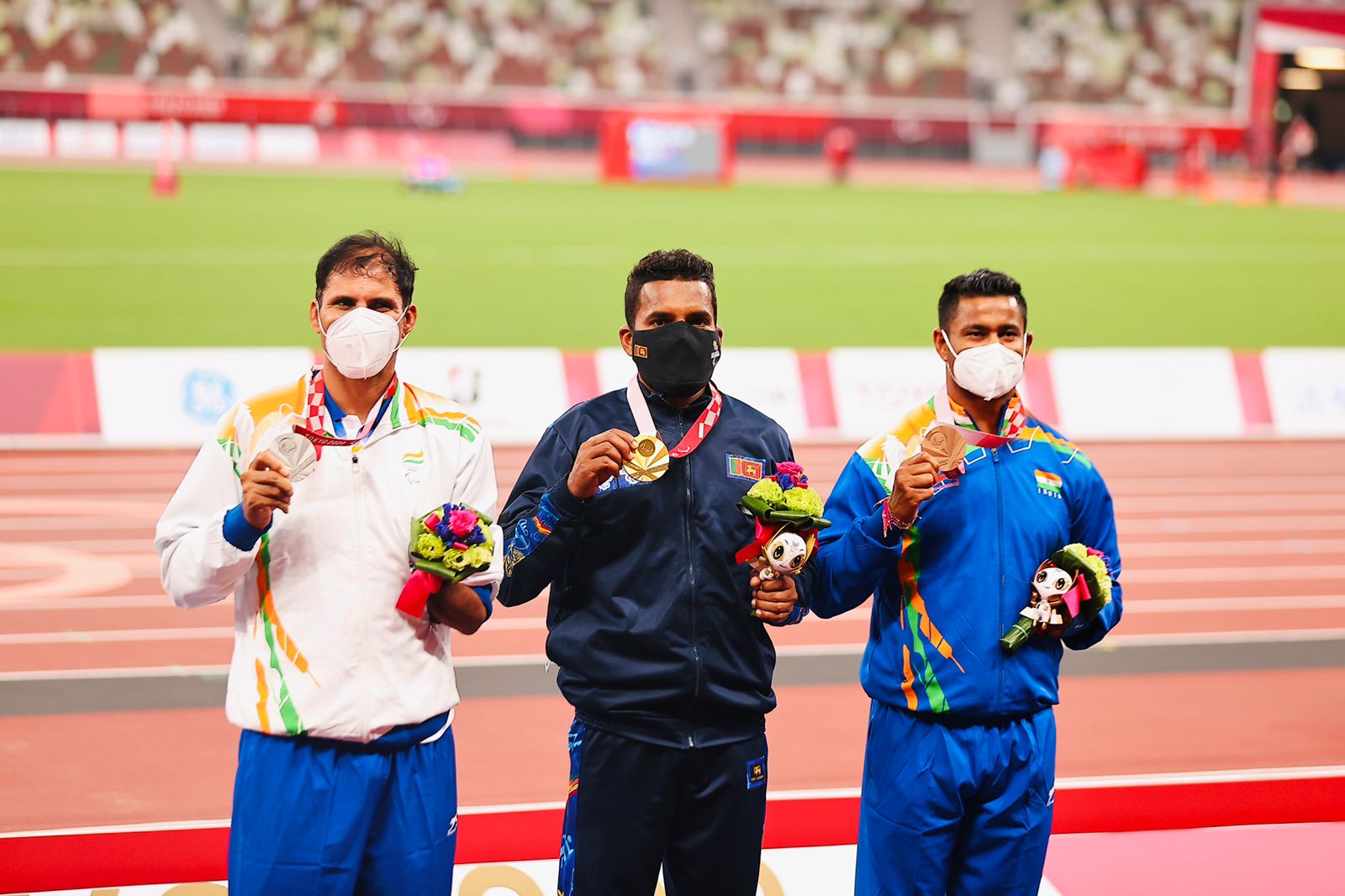 From the battlefield to the track and field of the Tokyo 2020 Paralympics, Dinesh Priyantha Herath has set a new World Record for the men’s javelin throw event with a record throw of 67.79 meters, making history as Sri Lanka’s first Paralympic Gold Medalist.

A glorious feat from an ex-serviceman of the Sri Lankan Army, Herath previously sustained injuries from the battlefield while serving in Kilinochchi in 2008 which impaired his functions. He took up Para Athletics four years later, and in 2016, won a Bronze medal at the Rio Paralympics. Dinesh continued to impress at international competitions, winning Silver Medals in both the 2017 and 2010 World Para games while clinching the Gold in the Asian Para Games in 2018. Standing firm in its unwavering commitment to empowering unparalleled achievement, Dialog, a strong believer in the power of sport to change lives and proud sponsor of National Paralympics for over two decades, powered the 9-member strong contingent to Tokyo.

The proud flagbearer, captain of the Sri Lankan Paralympic delegation, and ex-servicemen hailing from the outskirts of Anuradhapura, has put Sri Lanka on the map as a nation of sporting brilliance. He will be remembered for his remarkable journey of going from ex-serviceman to sporting glory in representing Sri Lanka, bringing home our first gold medal and standing tall on the Paralympic podium. Dinesh has proven that life need not have limits and with every setback and challenge lies opportunity.

Today, Dinesh’s courage and determination in achieving excellence in sporting performance are being celebrated nation-wide, marking him as a World Record-Breaking Paralympian.