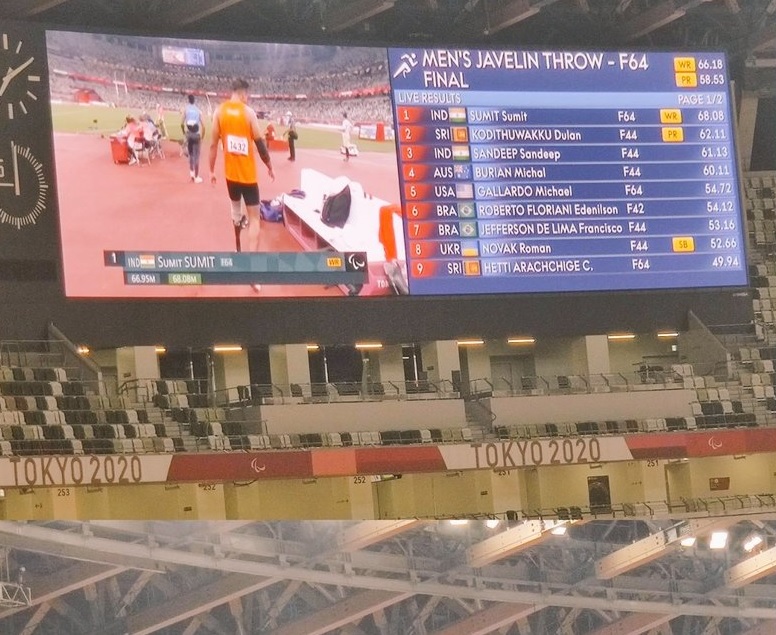 Sri Lanka secured a bronze medal in the javelin F64 event at the Paralympics in Tokyo today.

Samitha Dulan Kodithuwakku won the bronze with a throw of 65.61 meters, which was his personal best.

Priyantha threw the javelin at a distance of 67.79 metres while two Indians had the second and third best throw of 64.35m and 64.01m respectively.