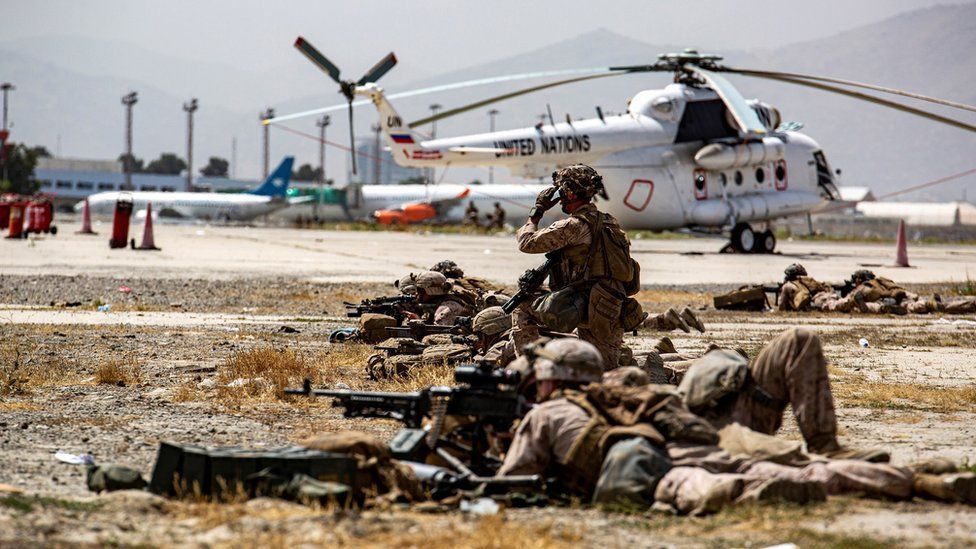 The US has carried out a drone strike on the Islamic State (IS) group in eastern Afghanistan, killing a member of the group, military officials say.

The operation targeted a “planner” from the IS-K group in Nangahar Province.

IS-K said it had carried out an attack in Kabul on Thursday that may have killed as many as 170 people, including 13 US troops.

The US said “initial indications” suggested the strike had killed the IS target, and no civilians had died.

President Joe Biden promised on Friday to hunt down the jihadists behind Thursday’s suicide bombing.

It is the most extreme and violent of all the jihadist militant groups in Afghanistan.

The blast tore through crowds of men, women and children outside Kabul airport.

Dozens of Afghans trying to leave the country were killed. In addition to the US personnel killed, two British nationals and the child of a British national were among the dead.

This is the first US drone strike reported in Afghanistan since Thursday’s blast.

“The unmanned airstrike occurred in the Nangarhar Province of Afghanistan. Initial indications are that we killed the target,” said Captain Bill Urban of Central Command. “We know of no civilian casualties.” (Courtesy BBC)