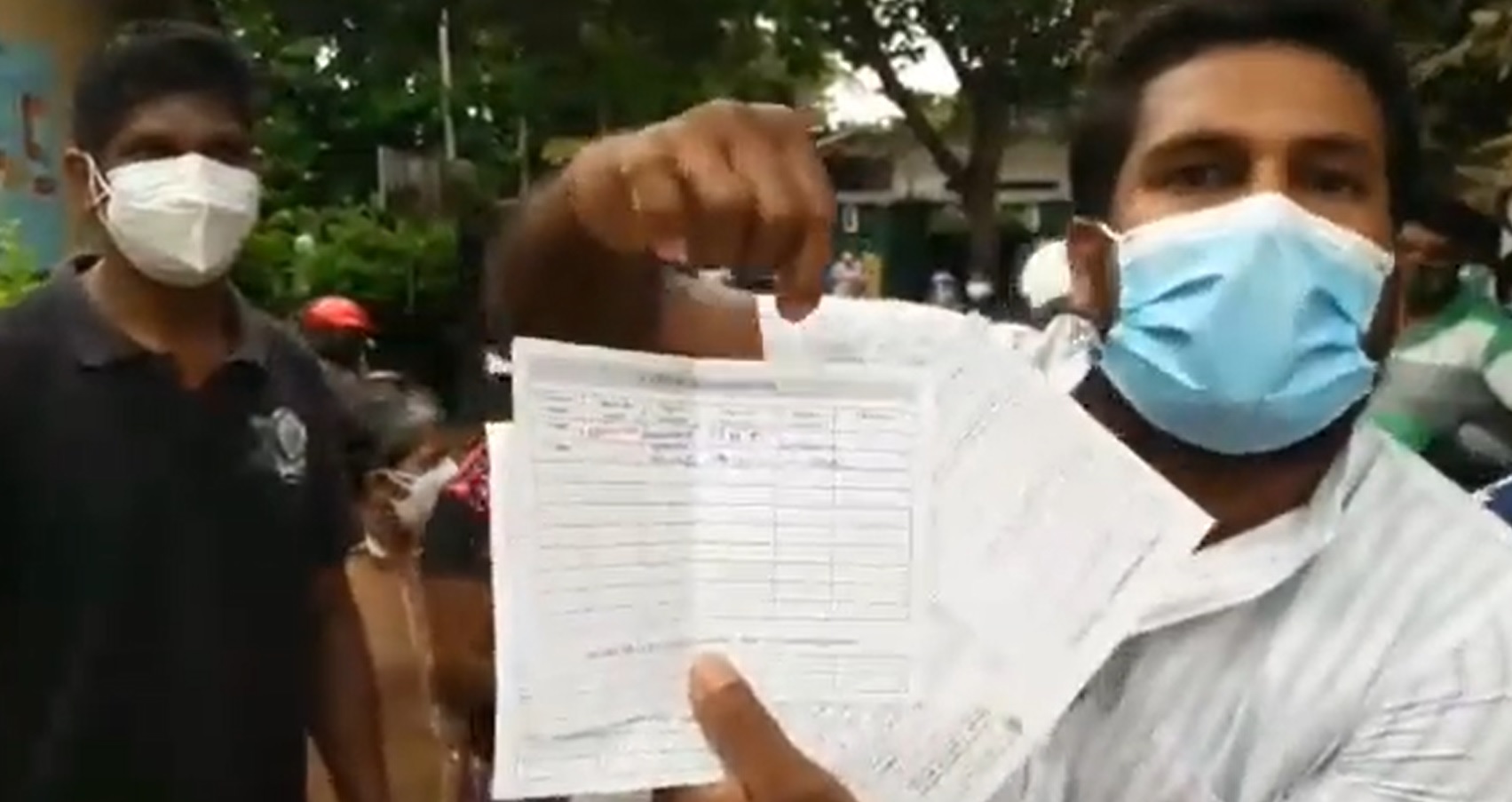 An investigation has been launched into the incident at the Hikkaduwa vaccination center, Health Minister Keheliya Rambukwella said.

He said that there had been a clash between two groups of people who insisted on priority to be vaccinated and the situation escalated.

“Some waiting in line, awaiting their jabs had already had their cards filled. To avoid a bigger clash, the Ministry of Health officials halted the vaccination drive for the day and packed up the equipment to leave with those waiting in line not having received their jabs despite their cards already confirming it. Hence the discrepancy,” the Minister said.

Rambukwella said that every individual including those in this village will have unhindered access to the vaccine.

“I urge those who attend the vaccine drive to be patient and allow the officials to efficiently administer the rollout as it is in the best interest of the country,” he said.

The entire incident was captured on video and shared on social media. (Colombo Gazette)