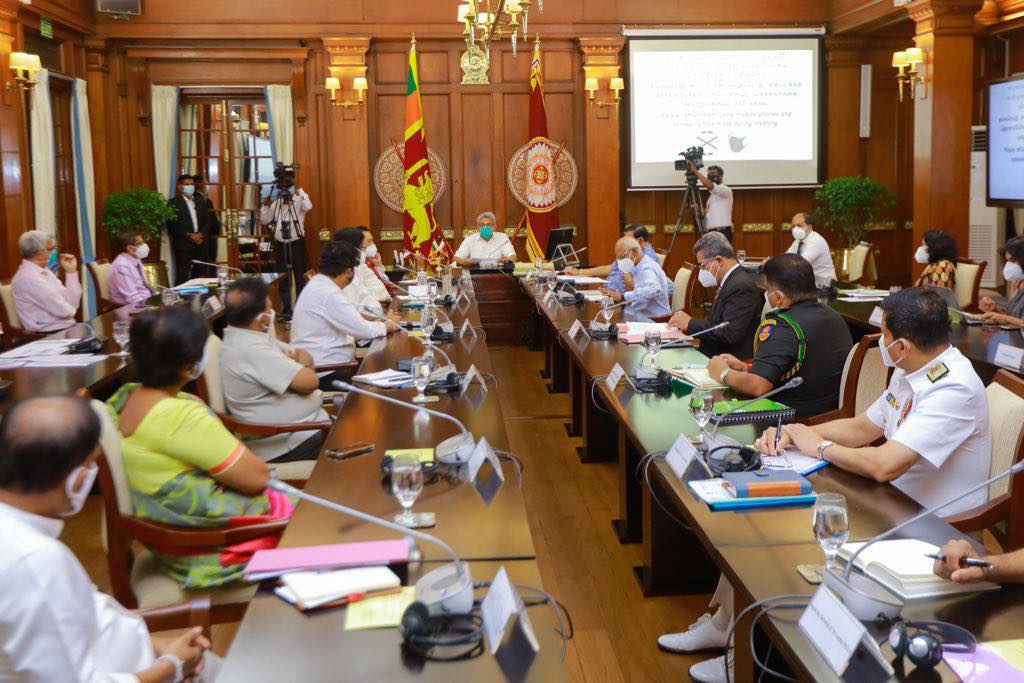 Media Minister Dullas Alahapperuma and Principal Advisor to the President Lalith Weeratunga have self-isolated themselves after coming into contact with Trade Minister Bandula Gunawardena at the Covid meeting yesterday.

The COVID Task force was placed at risk after Gunawardena, who attended the meeting yesterday (Friday), was later found to be infected, Daily Mirror reported.

Sources said that both Alahapperuma and Lalith Weeratunga have now self-isolated as they had lowered their masks to have tea while Fernandopulle had reportedly not had tea and had her mask on.

Bandula Gunawardena was seen seated next to Health Minister Keheliya Rambukwella and  Minister Dullas Alahapperuma at the meeting.

When contacted by Daily Mirror, Rambukwella said that he took an antigen test today and the result was negative.

The Minister said that Health Secretary Dr. S.H. Munasinghe and others from the Health Ministry who attended the meeting also took antigen tests today.

Incidentally, the Health Minister also attended an event today to accept Pfizer-BioNTech vaccines donated by the US.

The U.S. Ambassador to Sri Lanka and the Maldives Alaina Teplitz was among those who attended the event.