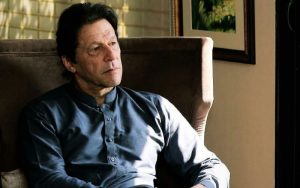 Islamabad: Days after the Taliban seized power in Afghanistan, a leader of Pakistan’s ruling Pakistan Tehreek-e-Insaf (PTI) has openly said that Pakistan will take the help of the Taliban in Kashmir during an on-air television show.

An ANI report said that PTI leader Neelam Irshad Sheikh said the Taliban will join hands with Pakistan in Kashmir.

“The Taliban are saying that they are with us and they will help us in [liberating] Kashmir,” Sheikh said during the show, stated the ANI report.

The clip of the video that was retweeted by Pakistani journalist and former ambassador to US, Hussain Haqqani, has surfaced online and was recirculated by news agency ANI.

Taliban had said earlier that Kashmir is India’s internal issue.

Currently, Taliban is trying to project a modern and rational image of itself and media reports have said that it had sent messages to the Indian government requesting not to vacate the Indian Embassy in Afghanistan.

However, almost all the countries except Russia and China are skeptical about the Taliban regime as reports of targeted killings, vandalism, large scale human rights violation and cruelty against common people in the country continue to emerge.

The unabashed admission of the PTI leader on live TV prompted the host of the program to alert her.

“Madam, do you realize what you have said? You have no idea what you have said. For God’s sake ma’am, this show will air around the world. This will be viewed in India,” the news anchor said, according to the ANI report.

However, Irshad Sheikh continued to speak on taking the Taliban’s support in Kashmir.

“Taliban will help us because they have been mistreated,” she said.

However, Sheikh stressed on her statement that Pakistan has a strong army and the leadership of Prime Minister Imran Khan to help them “free Kashmir from India”.

Sheikh said Taliban has said they would help Pakistan for the support the country provided the militant group when it was being hounded in Afghanistan. They will help Pakistan to “make Kashmir a part of its country” to return the favor, she added. -(IndiaBlooms)