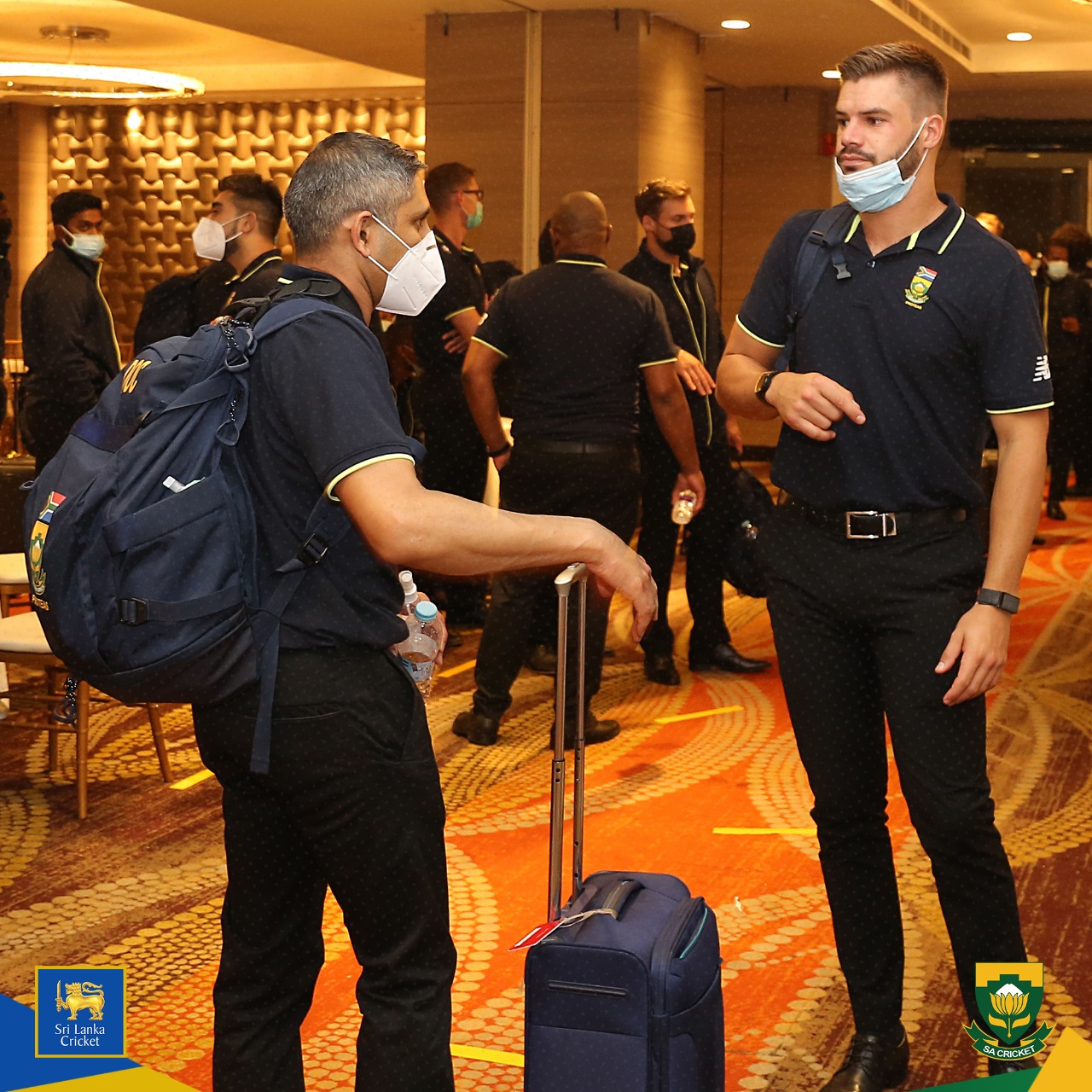 The South African Cricket Team arrived in Colombo on Thursday as they are all set to begin their limited-overs tour of Sri Lanka next week.

The matches give both teams some much-needed practice ahead of the T20 World Cup, with the ODI series also of significance with the ICC Cricket World Cup Super League.

The series kicks off on Thursday, September 2 with the final game to be played on September 14, just days before IPL 2021 Phase 2.

Sri Lankan Cricket Association announced the arrival of the South African squad in Colombo ahead of their six-match limited-overs series.

The team, led by Temba Bavuma underwent mandatory RT-PCR testing on arrival and will be in a secure bio-bubble during the duration of the tournament. All players were seen wearing masks in the latest pictures revealed by the SLC.

The Proteas will look to make up for dropping points in Ireland in July and lie tenth on the World Cup Super League table with 24 points from six matches. Sri Lanka meanwhile will be hoping to bounce back from their ODI series defeat against India, with 22 points from 12 games. (Courtesy Inside Sports)