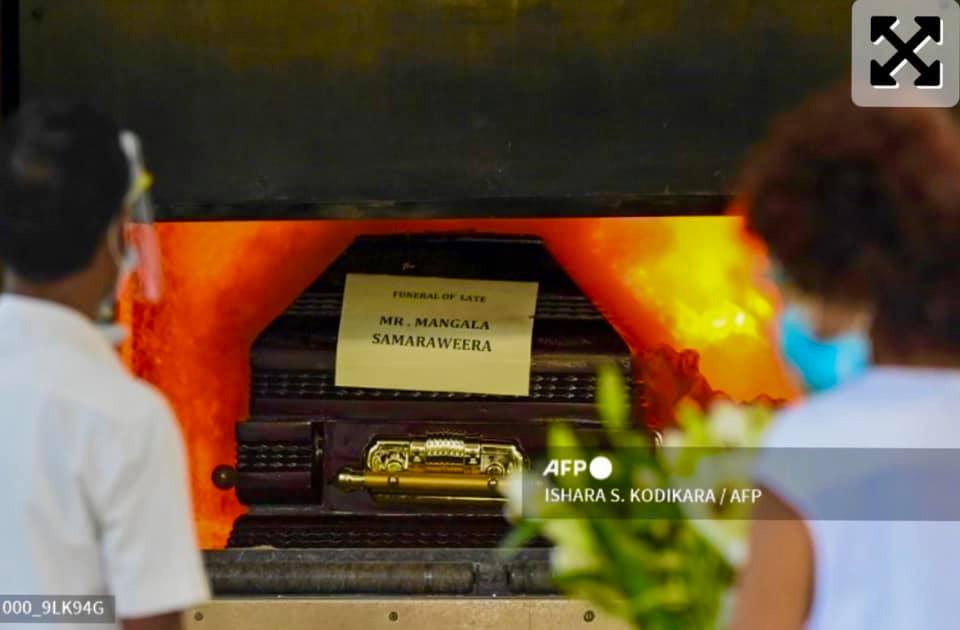 The remains of former Minister Mangala Samaraweera were cremated today at the Borella cemetery in Colombo.

Only his close family members were permitted inside as a result of the Covid health guidelines.

A number of politicians witnessed the cremation from outside the cemetery.

He passed away while receiving treatment at a private hospital in Colombo after contracting the coronavirus.

The former Minister was 65-years old at the time of his death.

The former Minister had been admitted to the intensive care unit of the hospital a few days after he tested positive for the virus.