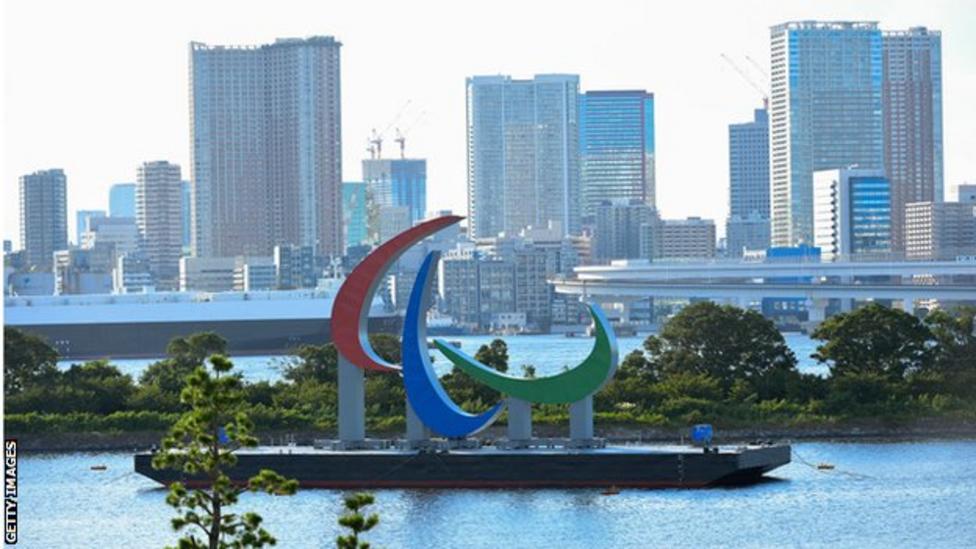 The Tokyo Paralympics get under way on Tuesday, with Covid-19 cases rising in Japan and all parties acknowledging that there is still a challenge ahead.

Delayed by a year because of the pandemic and with supporters unable to attend apart from a small number of schoolchildren, these will be a different Games to any previous edition.

But not only do organisers want top-level competition, they also want the Games to play a big part in making Japanese society more inclusive.

Tokyo is the first city to stage two Paralympic Games, having hosted the 1964 edition when 375 athletes from 21 nations took part in nine sports.

This time, around 4,400 athletes from 162 national Paralympic committees will compete in 539 medal events across 22 sports.

All will be eager to put the turbulent events of the past 18 months behind them and show the rest of the world what they can do as Paralympians on the biggest stage of all.

It will officially start with the opening ceremony at 12:00 BST on Tuesday and competition begins on Wednesday.

After the Rio Paralympics, which needed major late budget cuts in order to go ahead, hopes were high that the Tokyo Games would bring the Paralympic movement back to a position of strength after the highs of London 2012.

Tokyo looked like the perfect partner, with a strong bond between the Olympic and Paralympic staging and unprecedented demand for tickets.

The original ‘one year to go’ festivities in 2019 featured successful mass participation events and showed a hunger among the Japanese public to get behind the Games.

But the coronavirus pandemic ripped up all of the plans, with a year’s delay and then a host of protocols affecting all concerned, as with the Olympics.

Athletes across the world faced challenges to their training and competition programmes, with some required to shield for medical reasons.

A state of emergency remains in place in Tokyo, with Covid-19 case numbers continuing to rise in the city and surrounds.

Within the Paralympic bubble, as with the Olympics, strict protocols are in place including daily testing for athletes, mandatory mask-wearing and social distancing.

In addition, equipment such as wheelchairs must be regularly sanitised.

“We will have cases. But how we then control and react to the positive cases, and not let them spread the virus, will define whether we are successful or not.

“I understand the frustration and the anger among the Japanese about the pandemic, but there is no correlation between it and the presence of the Olympics here and I’m sure it is going to be the same with the Paralympics.

“There are other reasons for the rise in the number of cases.”

Coronavirus travel restrictions have had an impact on the Games, with athletes from Pacific Island nations Samoa, Kiribati, Tonga and Vanuatu unable to travel.

The news of their absence came days after Afghanistan’s two Paralympic athletes were forced to withdraw from the Games because of the situation in the country since the collapse of the government and the return of the Taliban. However, as a mark of solidarity, the country’s flag will be carried at the opening ceremony by a Games volunteer.