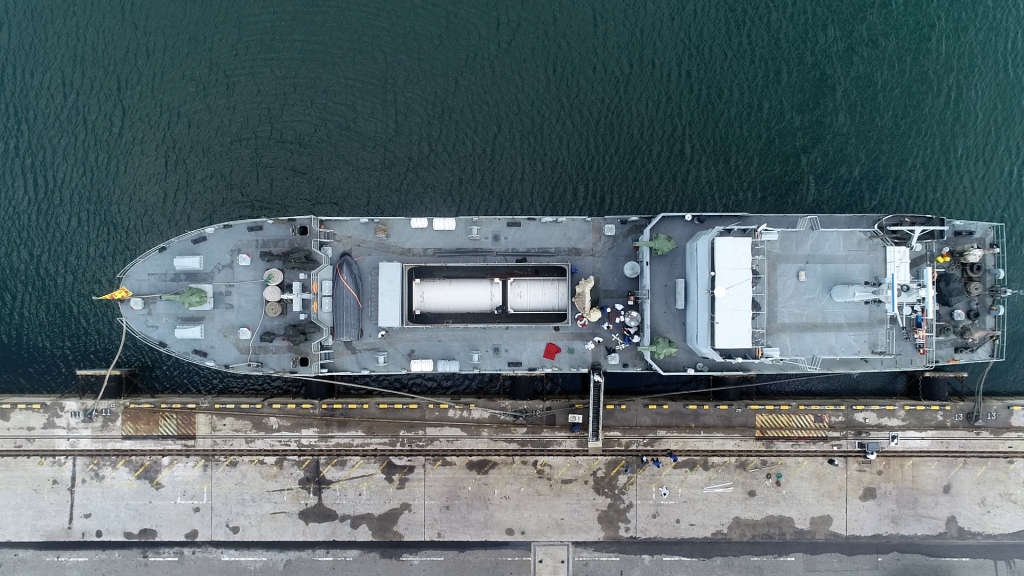 SLNS Shakthi left the Trincomalee harbour for the port of Chennai, India on 17th August 2021, to transport medical-grade oxygen ordered from India.

The ship arrived in Colombo with approximately 40 tons of oxygen.

President Gotabaya Rajapaksa had earlier directed the Commander of the Navy to seek out arrangements to swiftly transport medical grade oxygen, ordered from India, for the treatment of COVID-19 patients in hospitals.

In response to the presidential directives, the Navy joined this effort to augment the supply chain for the country’s need of medical grade oxygen and dispatched SLNS Shakthi to the port of Chennai to bring a similar shipment on 17th August. The ship made her port call in Chennai on 18th August and set sail to Colombo on 20th August with the shipment of medical grade oxygen amounting to approximately 40 tons.

Upon unloading the containers of oxygen at the Colombo harbour, SLNS Shakthi is scheduled to sail to the port of Chennai again tomorrow (24th August) for another shipment of medical-grade oxygen.

Meanwhile, the Indian Naval Ship (INS) Shakti transported approximately 100 tons of oxygen to Sri Lanka in response to request by the Commander of the Navy Vice Admiral Nishantha Ulugetenne from the Chief of Naval Staff of India. (Colombo Gazette)