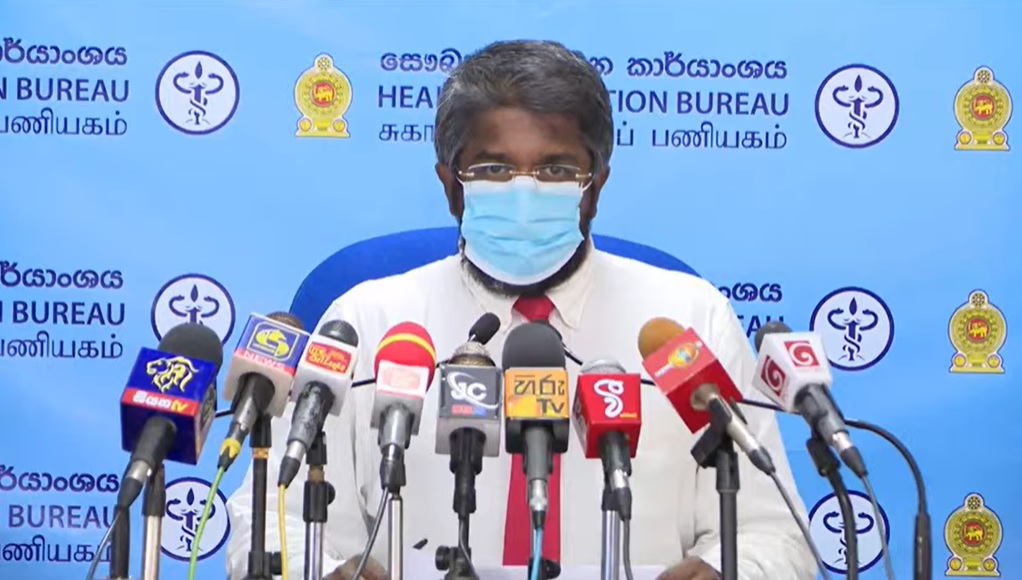 The Health Promotion Bureau says it has not been informed about a 4th Delta mutation detected in Sri Lanka.

Professor Neelika Malavige from the Department of Immunology and Molecular Medicine at the Faculty of Medical Sciences of the University of Sri Jayawardenapura had said that four mutations of the Delta variant have been identified in Sri Lanka.

However, Health Promotion Bureau Director Dr. Ranjith Batuwanthudawa told reporters today that his office has not received confirmation of a 4th mutation.

Batuwanthudawa said that officially he is aware only about three mutations of the Delta variant detected in Sri Lanka.

He said that while the data revealed by Professor Neelika Malavige must be accurate as she gets the information first, his office has not received a formal communication as yet.

State Minister of Production, Supply and Regulation of Pharmaceuticals Channa Jayasumana had told Parliament recently that the three mutations were identified as SA 222 – V, SA 701-S and SA 1078-S.

He said that these were spike mutations of the Delta variant and could be a cause for the rapid rise in the number of people infected with the virus in Sri Lanka. (Colombo Gazette)