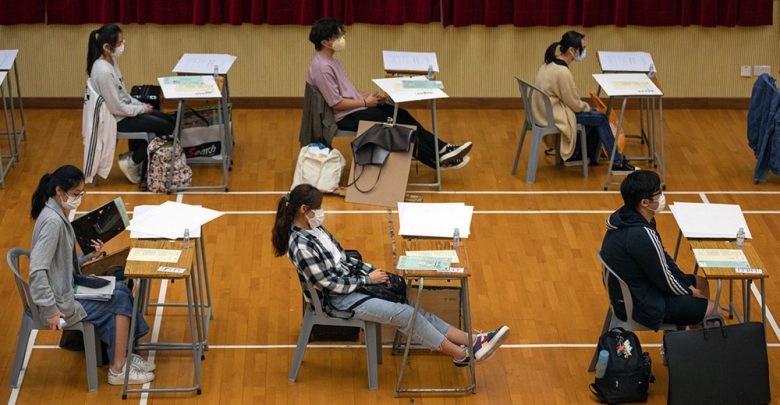 Academic freedom means that both faculty members and students can engage in intellectual debate without fear of censorship or retaliation. It establishes a faculty member’s right to remain true to his or her pedagogical philosophy and intellectual commitments. It preserves the intellectual integrity of our educational system and thus serves the public good.

Academic freedom in teaching means that both faculty members and students can make comparisons and contrasts between subjects taught in a course and any field of human knowledge or period of history. Academic freedom gives both students and faculty the right to study and do research on the topics they choose and to draw what conclusions they find consistent with their research, though it does not prevent others from judging whether their work is valuable and their conclusions sound. To protect academic freedom, universities should oppose efforts by corporate or government sponsors to block dissemination of any research findings.

With rights come responsibilities. Accordingly, academic freedom is also important to the larger university community because it gives assurance that academics in all areas of expertise are expected to challenge what we think we know and to push the boundaries of what is known.

Governments, churches, university administrations, donors – none of these should be allowed to control the development and dissemination of knowledge – even if it makes them uncomfortable. The benefits of academic freedom accrue not only to professors, students and institutions but primarily to the broader society through the creation of new knowledge and innovations, and ultimately, through political, economic, social and technological progress. In short, academic freedom serves the common good.

A university is a community of scholars. This community functions best when scholars are free to engage in critical intellectual inquiry, which depends upon academic freedom. Furthermore, universities best serve the common good by directing their efforts towards human progress, and it is within this context that academic freedom plays a vital role in strengthening democratic society.

In China, to a large extent, the government oversees the academic integrity and outcomes of scholars and universities, unlike in the West, where this role is commonly fulfilled by the academic community. What might be typically termed as “governmental interference” into academic affairs in the Western context appears to be the norm in the Chinese context.

Certainly, the February 2018 change in the Chinese Constitution allowing unlimited presidential terms resulted in a tightening of restrictions on academic freedom at all universities and colleges in China, including overseas campuses of American universities. Stability (both of the country and of its ruling regime) remains the Communist Party’s first concern, and ideas or movements that might jeopardize party authority are subject to crackdown. Xi Jinping has consolidated and centralized power and reasserted the party’s control over information, education, and the media.

After Xi Jinping became chair of the party in 2014, the situation shifted again. “In the era of Xi Jinping,” Link writes, “repression is often stated baldly, even proudly.” For example, scholars who advocated for the implementation of the Chinese constitution or criticized the change in the constitution quickly suffered negative consequences. In February 2019, a book by Peking University law professor Zhang Qianfan that advocated constitutionalism and judicial reform was withdrawn from bookstores. In March 2019, Tsinghua University suspended Professor Xu Zhangrun from all teaching duties after he published an essay criticizing Xi Jinping and calling for the reintroduction of presidential term limits.

Peking University recently cracked down on its Marxism Society when students studying the mistreatment of campus workers supported the establishment of an independent worker trade union at Jasic Technology factory in Shenzhen, a manufacturing hub in south China. On the way to an event to commemorate the 125th anniversary of Mao Zedong’s birthday, the student president of Peking University’s Marxism Society was taken away by police from the Ministry of Public Security. Students from other elite universities in China involved in the same workers’ rights movement suffered similar treatment.

Chinese scholars may sacrifice their faith in academic freedom to serve the interests of the people and the government due the influence of Confucian thoughts. Indeed, the Confucian knowledge tradition is closely linked with social and political life, with an emphasis on the Confucian intellectual dedicated and direct responsibility for ensuring social order and benevolent governance. This tradition strongly encouraged moral responsibility toward others and collective well-being. Confucius once said that “a humane person, in wishing to establish self, establishes others; in wishing to enlighten self, enlightens others,”.

This notion may be responsible for a tendency toward pan-moralism in the Confucian tradition, in which separating knowledge and action, and failing to connect one’s pursuit of knowledge to the national interest, would be seen as a lack of ethics and could deprive one of the privileged statuses as an intellectual. Such values resonate in the present day, as evidenced in the recent remark made by China ’s Leader when meeting with the Advisory Board of Tsinghua University School of Economics and Management, that Chinese universities, rather than bringing forth bystanders or opponents, are to produce builders and successors of socialism with Chinese characteristics.

This mindset could render Chinese scholars, especially those in the humanities and social sciences, particularly vulnerable in the face of political power and social changes and in a danger of cynicism, that is, a tendency to go along with the powerful and predominant. For example, Chinese universities and scholars are enthusiastic about instituting public policy think tanks on campus and having government officials and leaders recognize their work. Once such a reciprocal knowledge-power nexus is firmly in place, even scientists may become keen to take up governmental positions, and many of them may socialize with powerful bureaucrats and their favorite experts in order to obtain major research grants.

Arguably, such a knowledge tradition is likely to confuse innovation. This might provide a gloomy scene with respect to academic freedom in China. It is argued that freedom to research and publish is not forever ruined there. Tensions behind the scenes at top Chinese universities could drive important changes and possibilities. Also, from time to time it is not surprising to see a kind improvement with respect to academic freedom and university autonomy in China.

Today, hundreds of thousands of scholars returning from the West participate in China’s drive to foster world-class universities, and they may be the fertile soil that creates academic freedom in China, although some uneven development resulting from differences in the institutional legacy and ethos are inevitable. China now strives to have first-rate universities, which is not possible without academic freedom. Due to the constraints placed on scholars from the Confucian knowledge tradition, there is a huge challenge for both the Chinese government and academia.