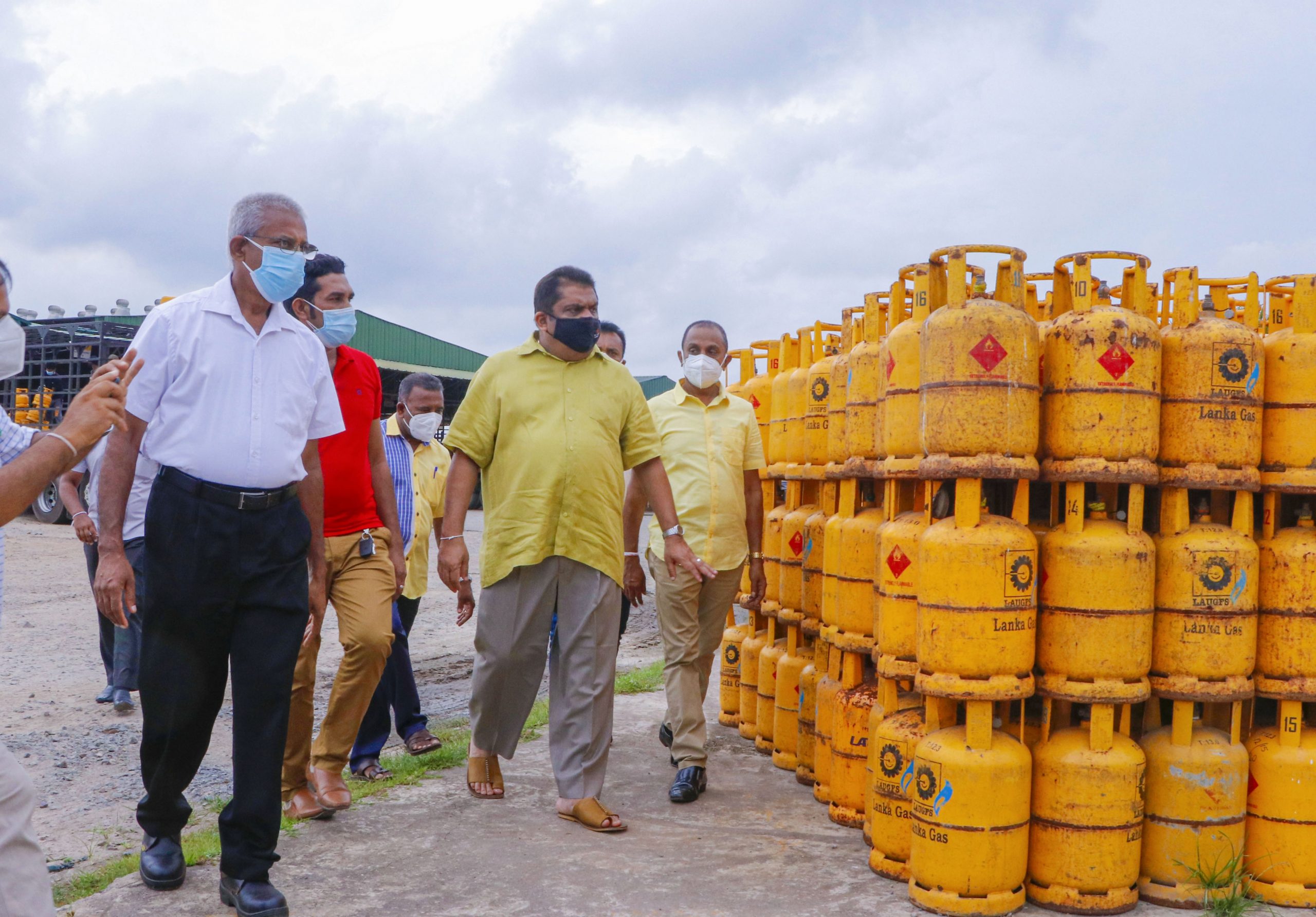 The shortage of domestic gas in the market is expected to be resolved this week, the Government said.

State Minister of Cooperative Services, Marketing Development and Consumer Protection Lasantha Alagiyawanna said that with Laugfs Gas resuming normal operations since Friday the shortage of gas experienced in the market is expected to be resolved this week.

He said that Litro Gas is currently selling gas at the old price while Laugfs Gas is selling at a higher price.

Alagiyawanna inspected gas stored at both companies and said that there was now enough stocks to meet the demand in the market.

Laugfs was given approval this month to increase the price of domestic gas.

Earlier, there was a serious shortage of gas in the market with Laugfs suspending imports.

The shortage arose after Laugfs Gas decided to suspend imports due to difficulties faced in opening Letters of Credit (LCs) and the accumulation of losses. (Colombo Gazette)