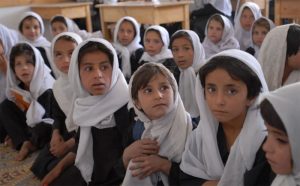 “We are going to take up to 22,000 [refugees],” VanHerck, who also heads North American Aerospace Defense Command (NORAD), told a podcast meeting hosted by the Center for Strategic and International Studies (CSIS).

The Army base of Fort McCoy in Wisconsin would initially house 10,000 to12,000 of the anticipated refugees, VanHerck said.

Also, “We are building at Fort Bliss in Texas facilities,” that would house at least 10,000 more refugees, the general added, allowing for the combined facilities to hold a total of 22,000 in all, the general said.

On Sunday, as the US forces move close to finishing their withdrawal, the Taliban completed their takeover of Afghanistan by entering Kabul. Afghan President Ashraf Ghani left the country to prevent what he described as bloodshed that would occur if militants had to fight for the city. This development has left many people trying to leave the country out of fear of reprisals from the radical movement.  (IndiaBlooms)