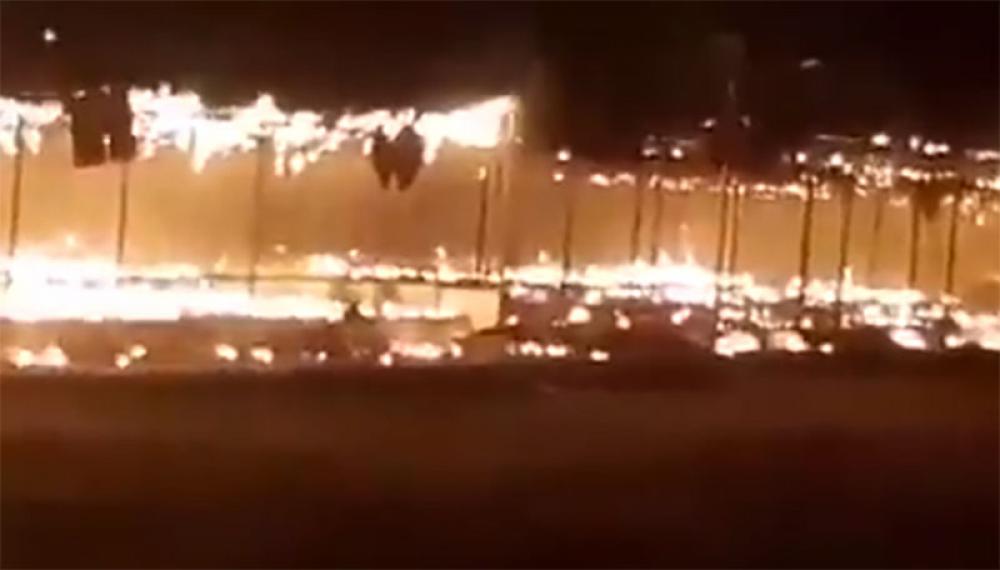 Taliban insurgents, who entered Kabul and took Afghanistan under their control on Sunday, recently set an amusement park on fire in the capital city, media reports said on Thursday.

In the latest video doing the rounds on social media, an entire amusement park is seen burning with massive flames covering the area at night, reports India Today.

Another video had gone viral on the social media where the insurgents were seen playing in an amusement park.

They were seen in the video crashing the bumper cars on each other. (justearthnews)